How to Herd Cows the Civilized Way

Scottish Highlander cow, Kelsie, is more cooperative when coaxed, not forced, to cooperate. Negotiation, not overcoming, to encourage cooperation works for livestock, spouses, and even children.

We were moving cattle into the holding pen to sort them when Kelsie, a 10-year-old Scottish Highlander cow, stopped, turned toward me, and looked me in the eye as if to say, "I want to go back to my pasture, Not into your pen." So how do you change the mind of a 1,000-pound cow with massive horns? Simple: psychology.

What I've learned about working with cattle is simple. Get them to think your plan was their idea, and you'll win every time. It's a negotiation, and Chris Voss, author of "Never Split the Difference," sums it up like this: "Negotiation is coaxing, not overcoming; co-opting, not defeating. Most important, successful negotiation involves getting your counterpart to do the work for you; to suggest your solution himself. It involves giving him the illusion of control while you, in fact, are the one defining the conversation."

Voss was an FBI agent who negotiated with hostage-taking terrorists. Working with cattle is not as challenging, but the process is similar. No one likes to be told what to do. Spouses resist taking out the trash; children don't want to go to bed at 7 p.m. Link the bad odor in the house with the garbage or let the child convince you to read him a (bedtime) story, and cooperation can usually be achieved.

So how do you get a cow to change her mind? Instead of moving forward to "push" Kelsie into the pen, I took two steps back and looked away. With the pressure off (human stares and body language are pressure to most cows), she turned her head and looked for 30 seconds at the open pen gate. I gave her the time and space to decide whether she'd rather endure the stress of walking past me to get back to the pasture or take the path of least resistance – into the pen. Open gate vs. bossy farmer. She calmly stepped through, going exactly where I wanted her to go.

It may be tempting to shout and wave your arms. And it's fun. But gentle persuasion is an alternative that works as well or better and makes you feel so much smarter.

How to Speak to Horses and Cows 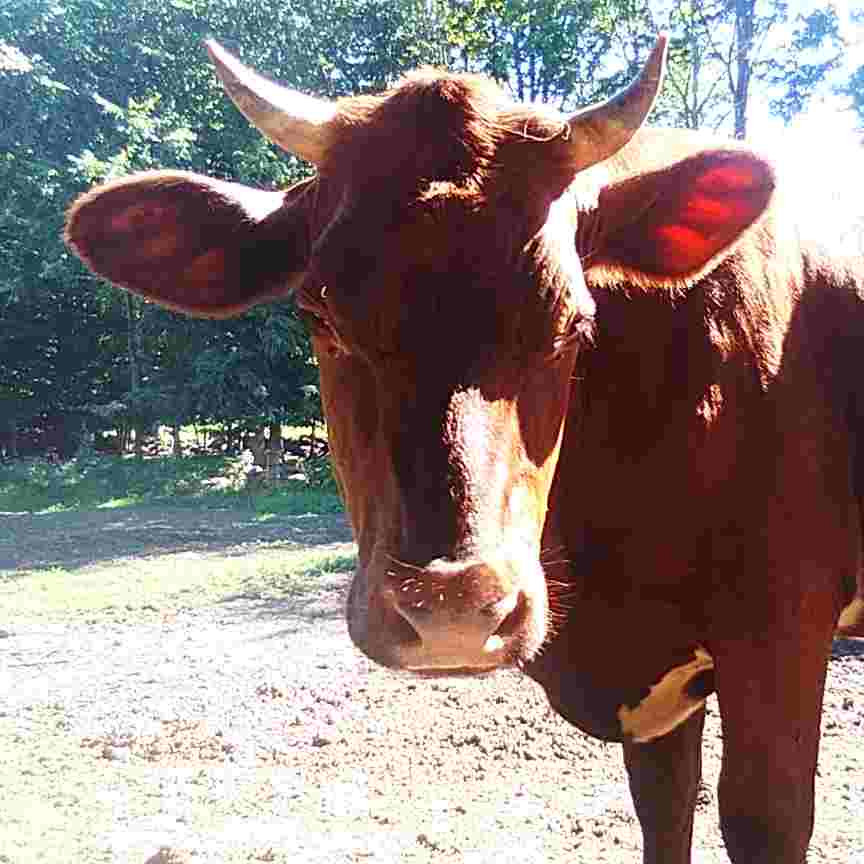 What Do Cows With Big Horns Have to Prove? 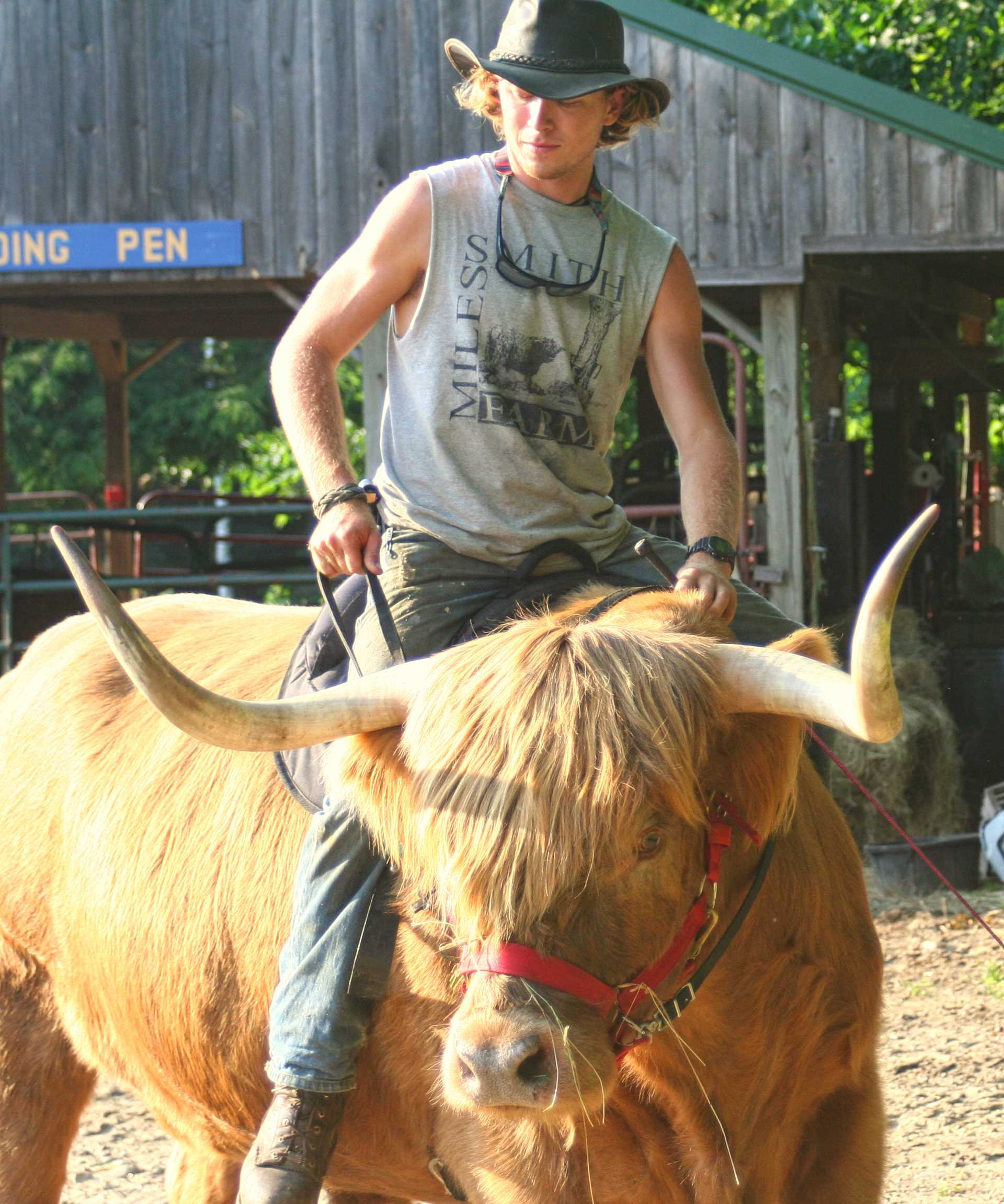 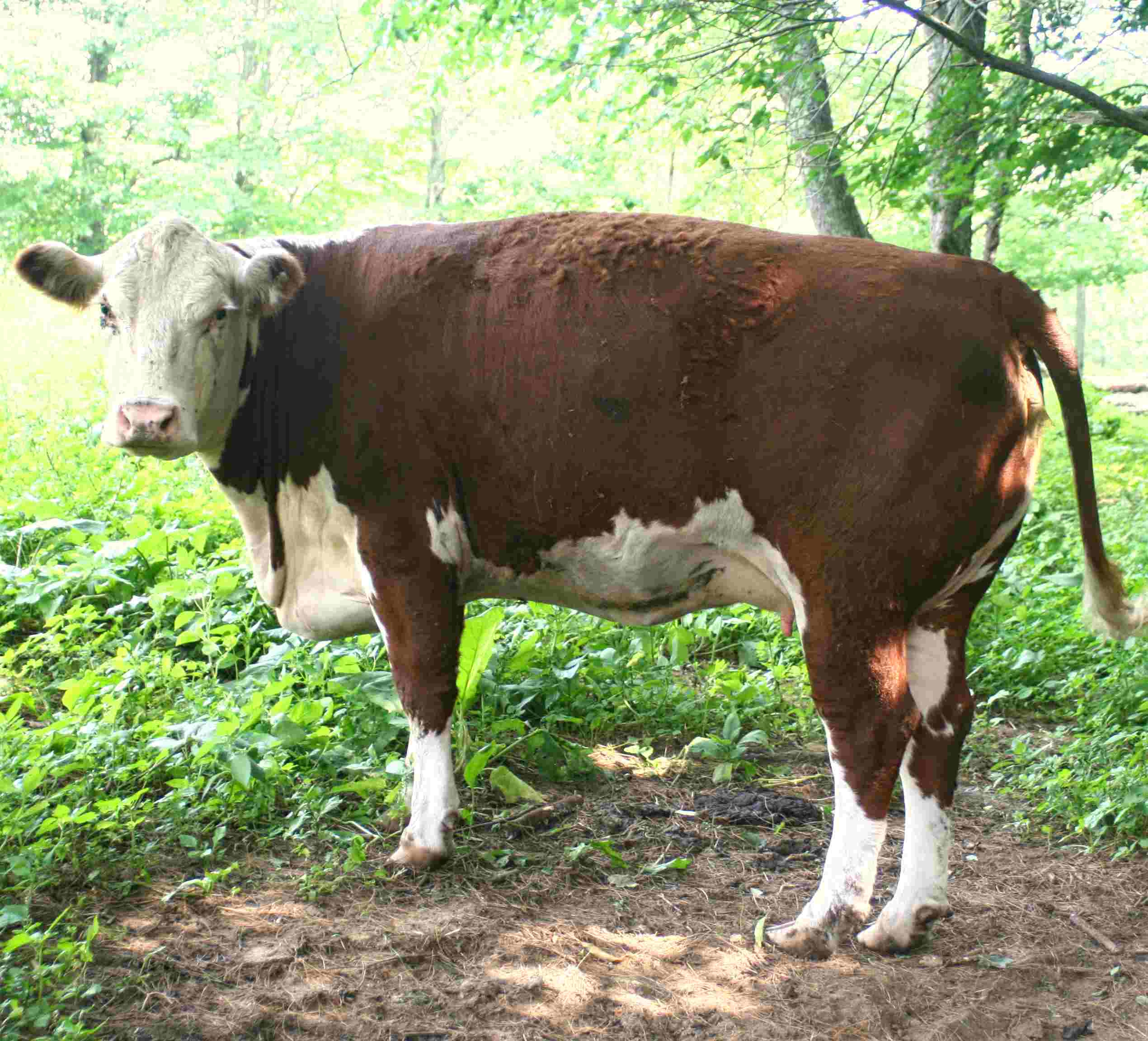