Scottish Cattle at the Highland Games 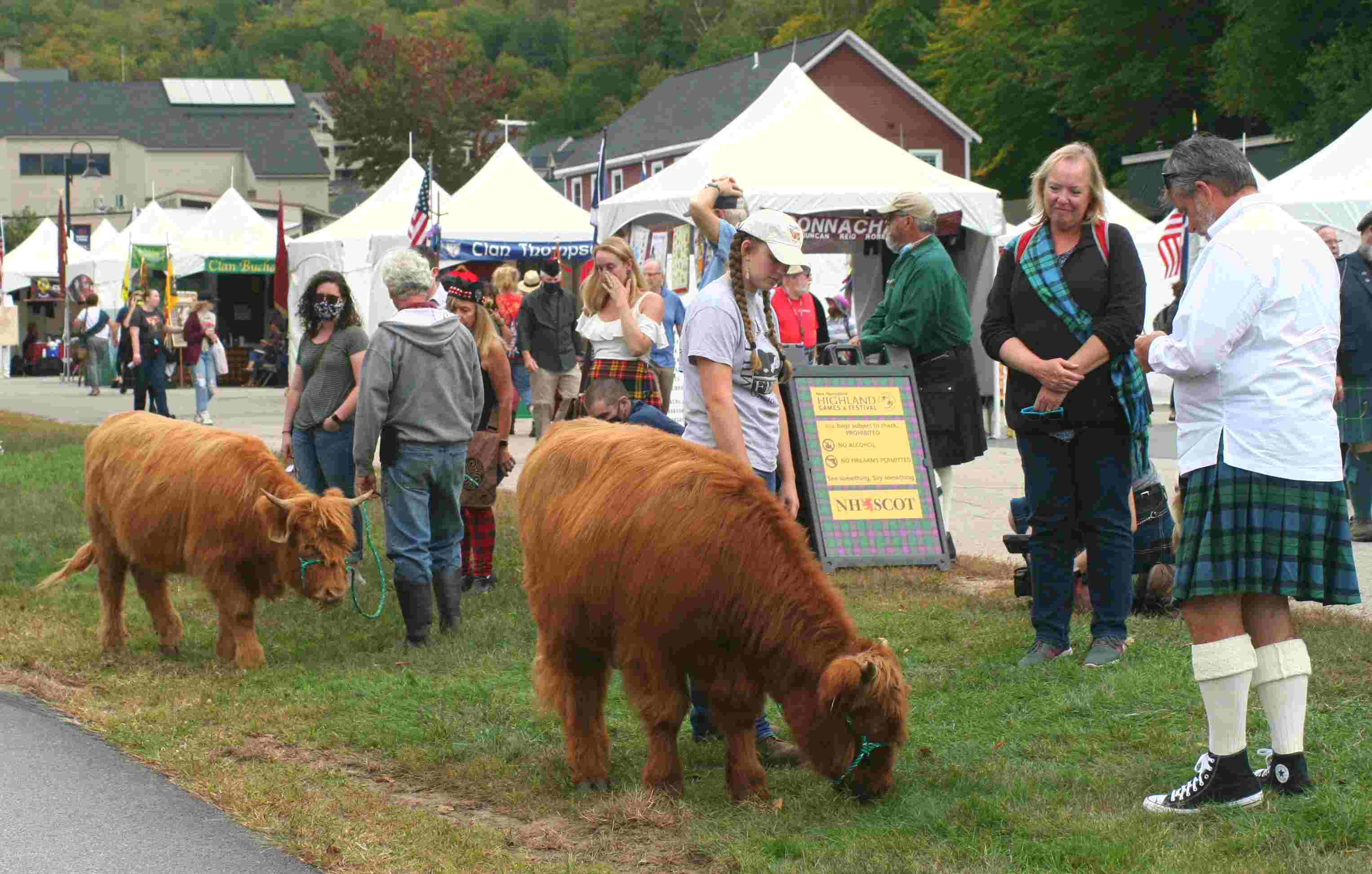 Our hairy critters would have suffered in bright sun and high temperatures, but the weather last weekend was perfect: overcast and cool. We were at the 2021 Scottish Highland Games at Loon Mountain with June and Bear, two Scottish Highlander yearlings.

N.H. Highland Games & Festival, hosted by NHSCOT, included track and field events, piping, sheep herding (my favorite), Highland dancing competitions, and "heavy events" like the tug-o-war, the hammer throw, and tossing the caber. The caber toss is a traditional Scottish event where competitors toss a 16-20-foot tapered pole that weighs 90-150 pounds. An important skill every Scott should possess. Why throw a pole? Why not?

Highland cattle have an unusual double coat of hair. On the outside is the oily outer hair — the longest of any cattle breed — covering a downy undercoat, making them well-suited to the cold and snow of the Scottish Highlands and New Hampshire.

During my two presentations at the fairgrounds stage, June and Bear, managed by teamster Maggie Harrington, demonstrated their skills as a pair of working steers. Steers are neutered males, so technically, June is a working heifer. There is no event for mixed doubles at pulling competitions at county fairs, so these two would be disqualified. But that detail didn't make any difference with the Highland Games audience, who embraced gender neutrality in cattle!

Before tractors were invented, working steers and oxen did the heavy lifting on a farm. Farmers used them to haul the rocks from fields to build stone walls, haul logs from the woods, and even transport families in a cart to church on Sunday.

Bagpipe bands filled the air all day with stirring Scottish music. Usually, June and Bear got nervous and edgy during a long event, but they were calm and collected that day. I think the music of their ancestors resonated with them.

I'm not Scottish, but I can tell you what resonated with me: All those men in kilts! While June and Bear posed for selfies and enjoyed being brushed by their fans, I was distracted by the guys. They have a special allure. They walk with more confidence than others, and knees can be sexy. Do you think they know? So, men in kilts, thank you for making me smile.

To make my day complete, husband Bruce came home with a kilt.

A man-in-a-kilt hangs out with Bear, a Miles Smith Farm Scottish Highlander steer. 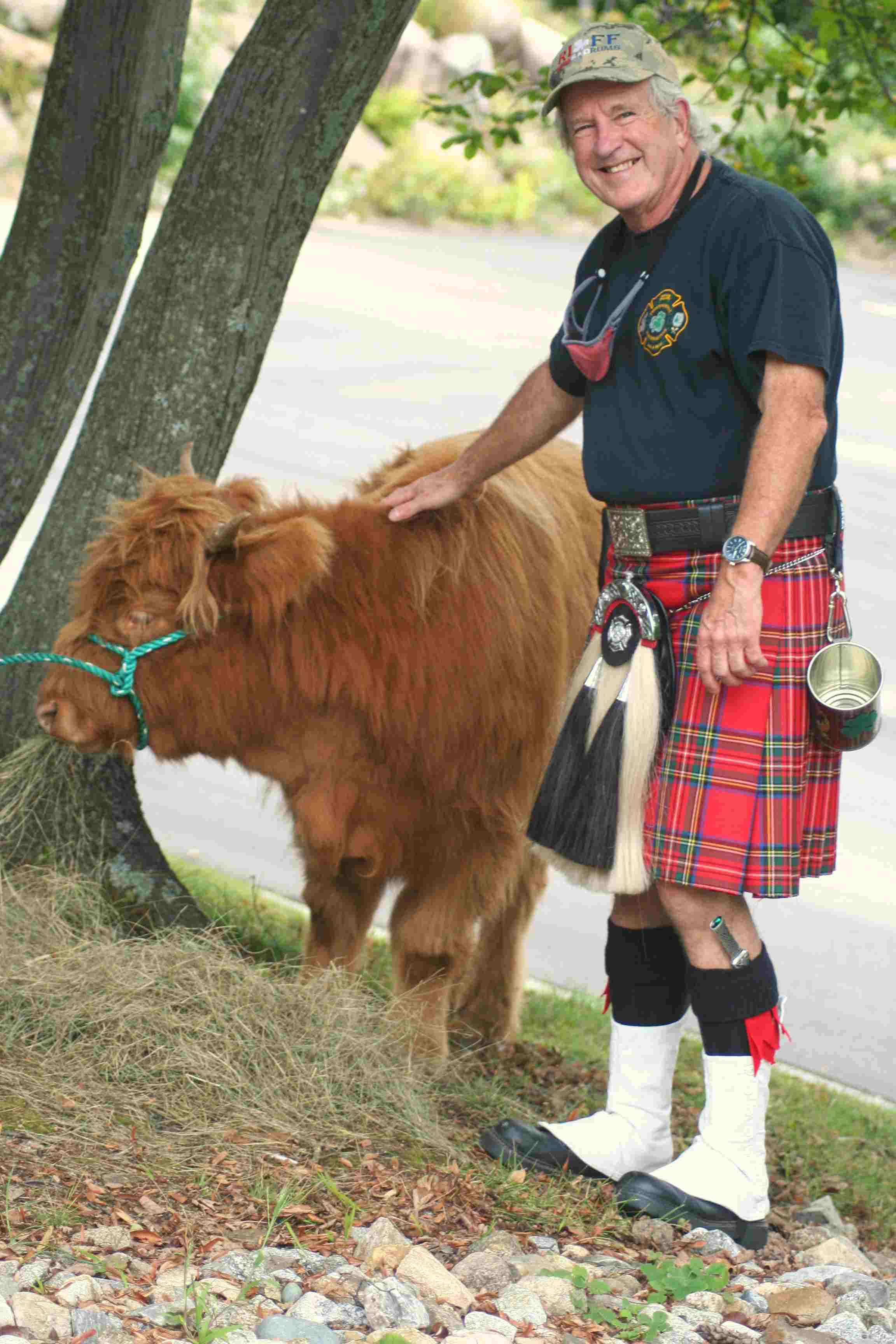 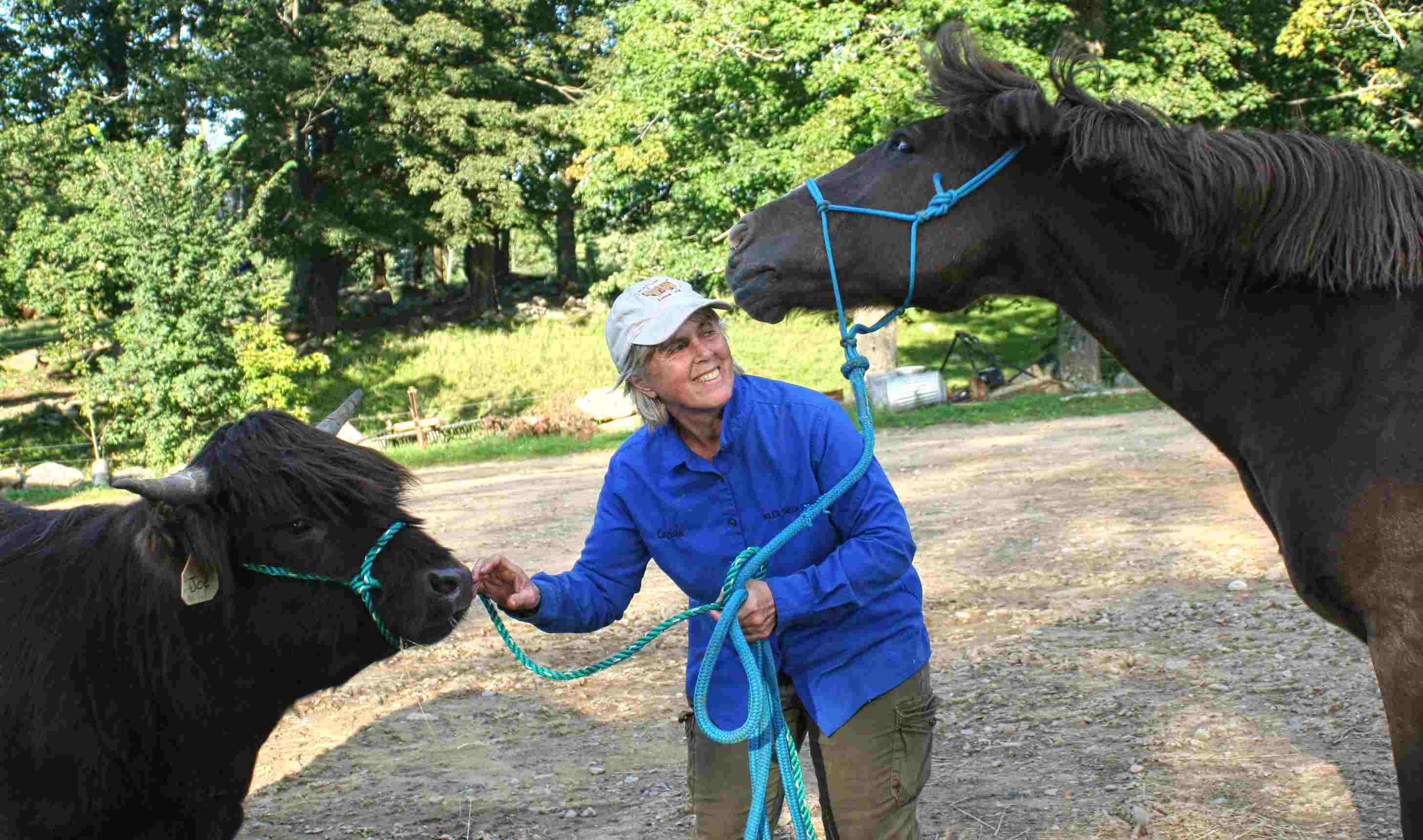 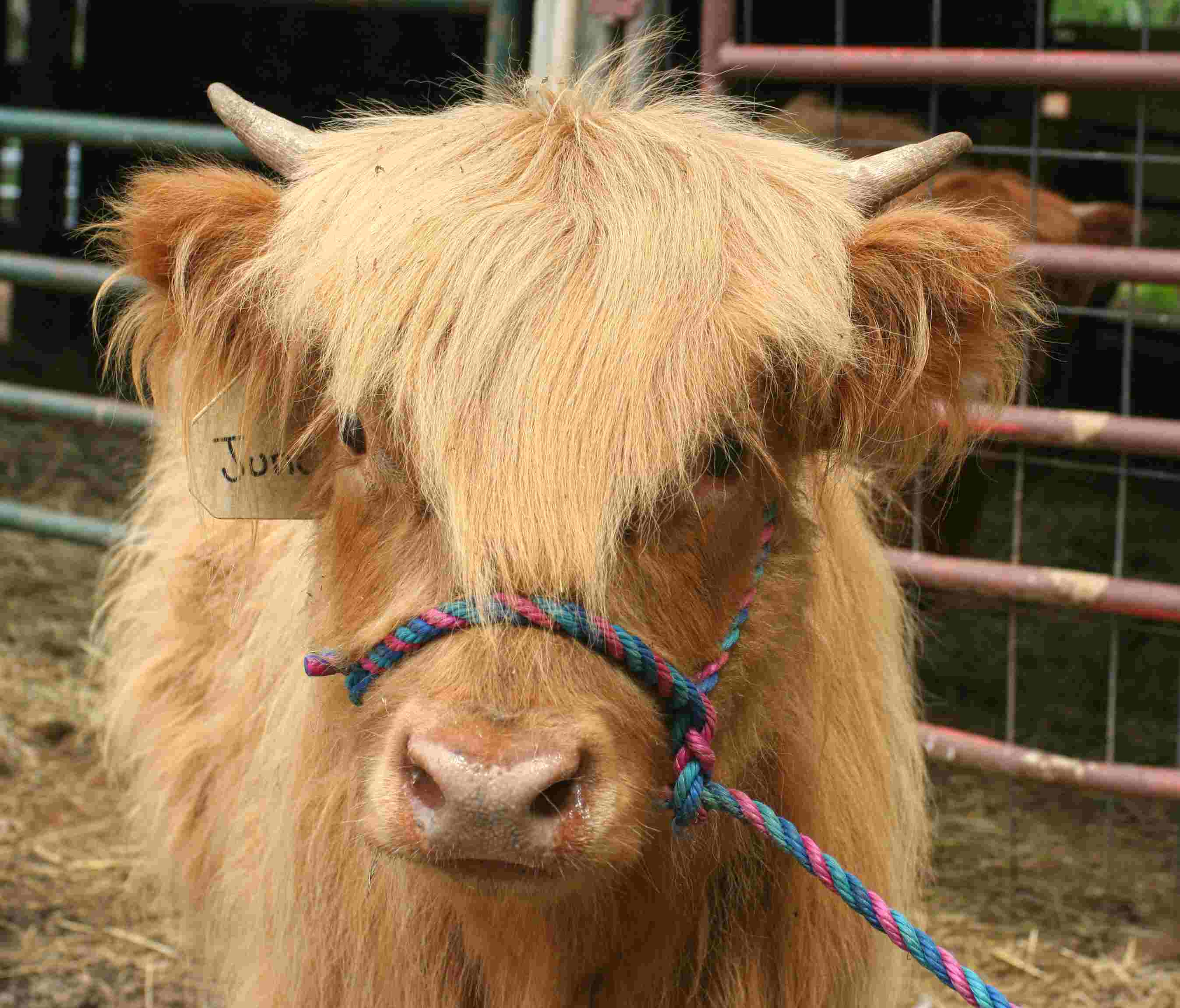 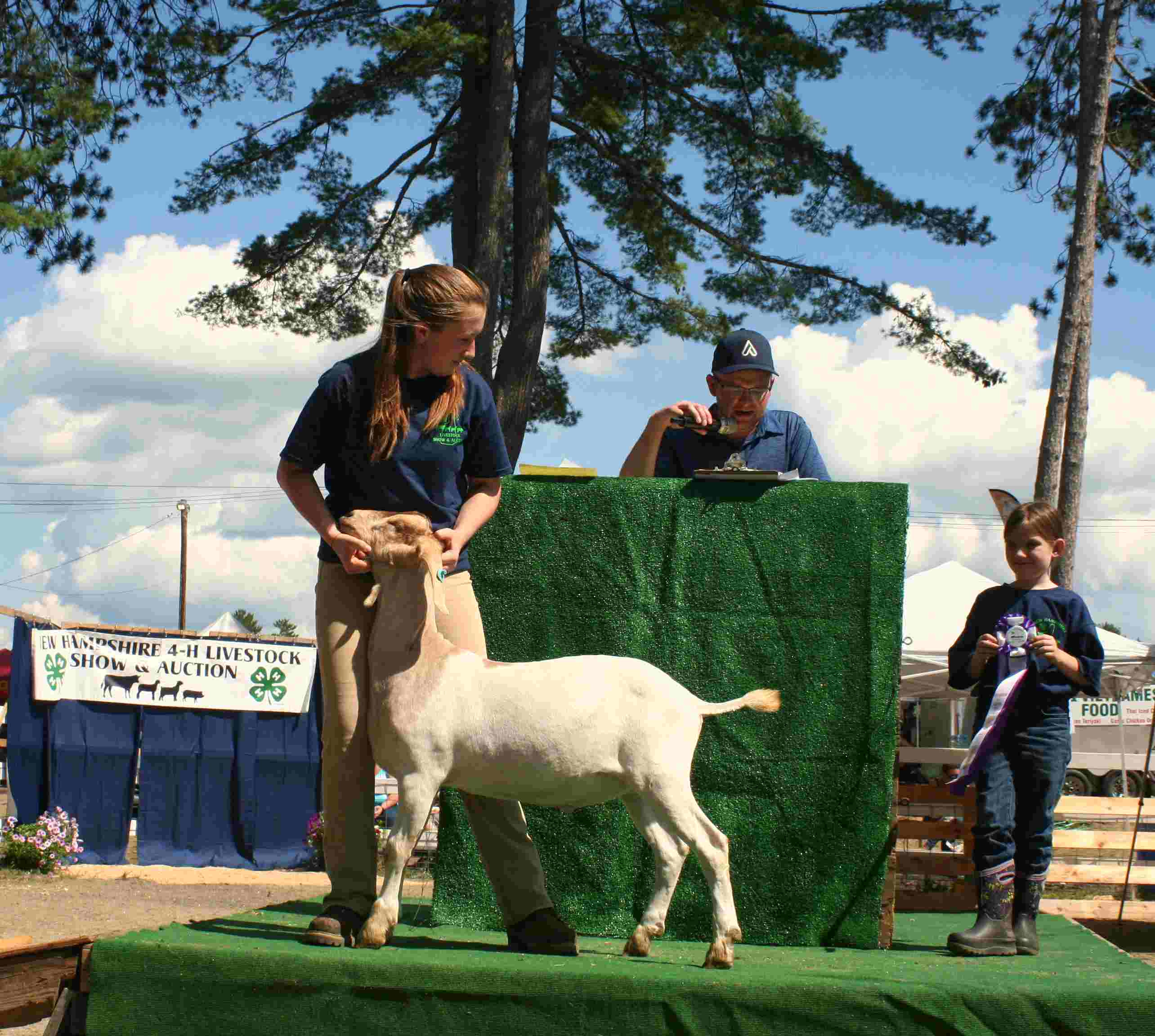