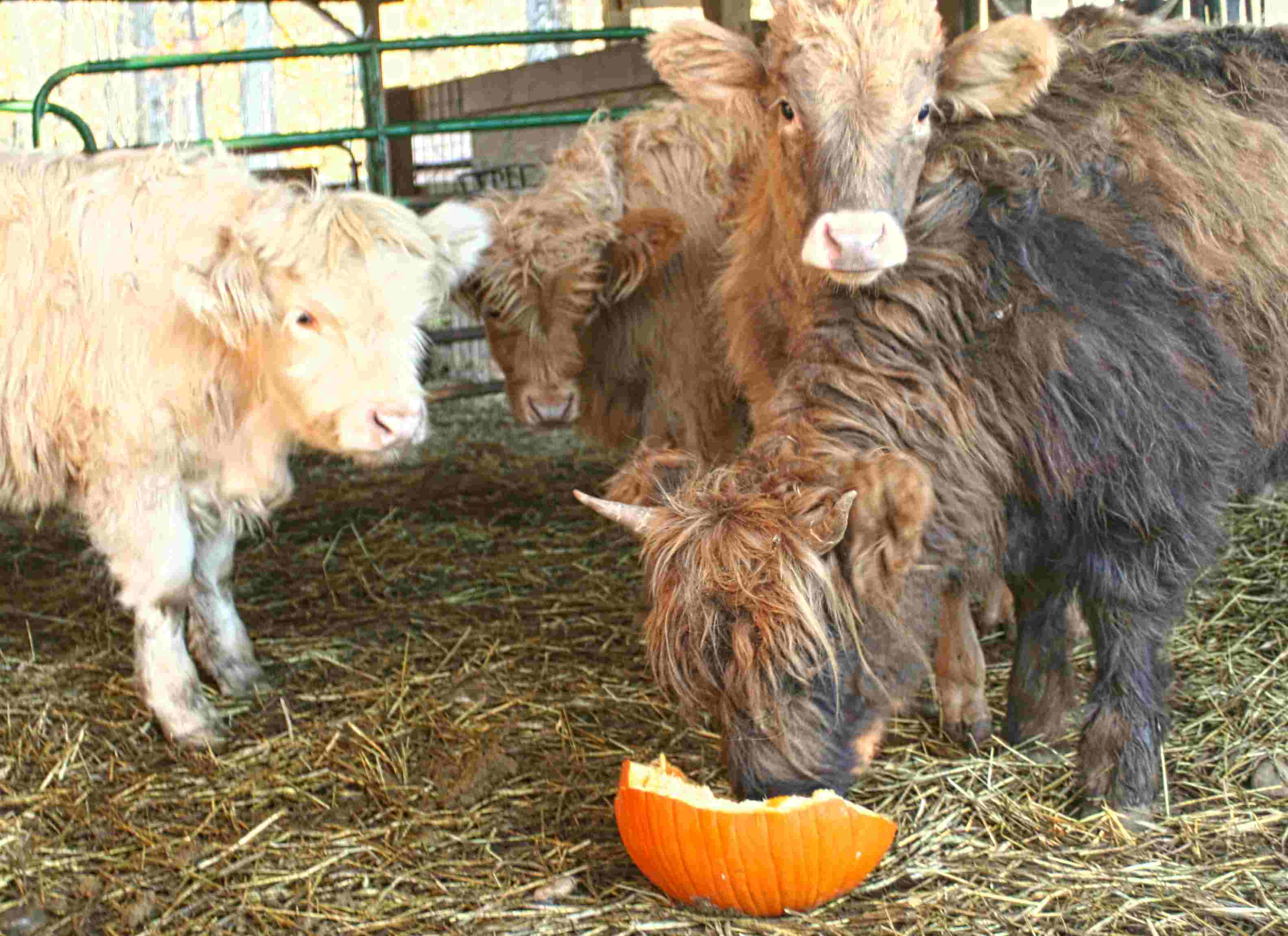 With a dozen calves already born and one more due, I have a lot to be grateful for this year. All of the newborns are alive, and some even have new homes. This year people from all over the country have bought Miles Smith Farm babies and young cows.

Crystal from North Carolina bought 2-year-old Grace as a companion for the one Scottish Highlander she already has. Doug from Vermont has two draft horses but wanted two heifer calves he could raise and bond with. Lily from Colorado bought a heifer calf and a bull calf for her "back yard." Sally took Elsie and Molly home because she loves cattle. The demand for cute and cuddly Scottish Highlander cows and calves is extraordinary. Adopting a cow is not quite the same as adopting a dog or cat, but the goal is the same; to have a pet that gives succor and acceptance. Pets, even cattle, don't pass judgment and can bring calm to a stressful day. All they need is food, protection from predators, and discipline, and they will do almost anything we ask, well, almost anything.

The other day we were loading cattle into the stock trailer for a short trip to join the cattle grazing at our remote Audubon pasture owned by St. Paul's School. Hope, an older cow, decided she did not want to get in the trailer. Given time and patience, I'm sure she will eventually be a willing passenger in our "Cow Taxi," but she wanted nothing to do with it that day. She and her calf are still at the farm eating hay, not rich, green grass.

I bought pregnant Hope in the spring, so she never got the hands-on training we give all of the calves born on the farm. Early training is the key to raising cattle that will be good support animals. (No, you can't take them on a plane.)

A Calf Throws a Tantrum

Not all cows get with the program. Some, like Christa, might never accept me as a partner. While it is easier to train a calf, older cows can also be taught. But it takes longer. For her first three years, Christa and pasture mate Ruby lived on a Vermont farm. They were well cared for and lived in a pasture, eating grass in the summer and hay in winter. But they barely interacted with humans until I bought them a few weeks ago. The first time I haltered her and tied her to a post, Christa leaped in the air like a hooked swordfish on a fishing line. Ruby did the same, also throwing herself on the ground, but there was a difference between the two. After 10 minutes of fighting, Ruby stopped and looked at me. By looking at me, she acknowledged my presence, and after a few more sessions, she was sniffing my hand in a friendly way. I don't know why, but cattle like to sniff human hair, so I took off my hat, bent down, and Ruby reached her nose forward toward my head, and I knew she'd accepted me.

It was a whole week before Christa would look at me. Maybe like an ostrich with its head in the sand, Christa reasoned if she never looked at me, I'd go away. She finally did look and eventually sniffed my hair. She even reluctantly followed me, but she didn't yet trust me, so I've decided not to sell her as a pet. Instead, Christa will stay at the farm. She's with Ferdinand, the bull, and hopefully, they'll produce a calf.

What Makes You Happy?

We have more babies at the farm, and soon Gina will give birth. I'm grateful for the gift-of-calves my cows have given me and for all the wonderful homes across the country where these calves have found loving, forever homes. That's why I'm grateful. What makes you happy this year? 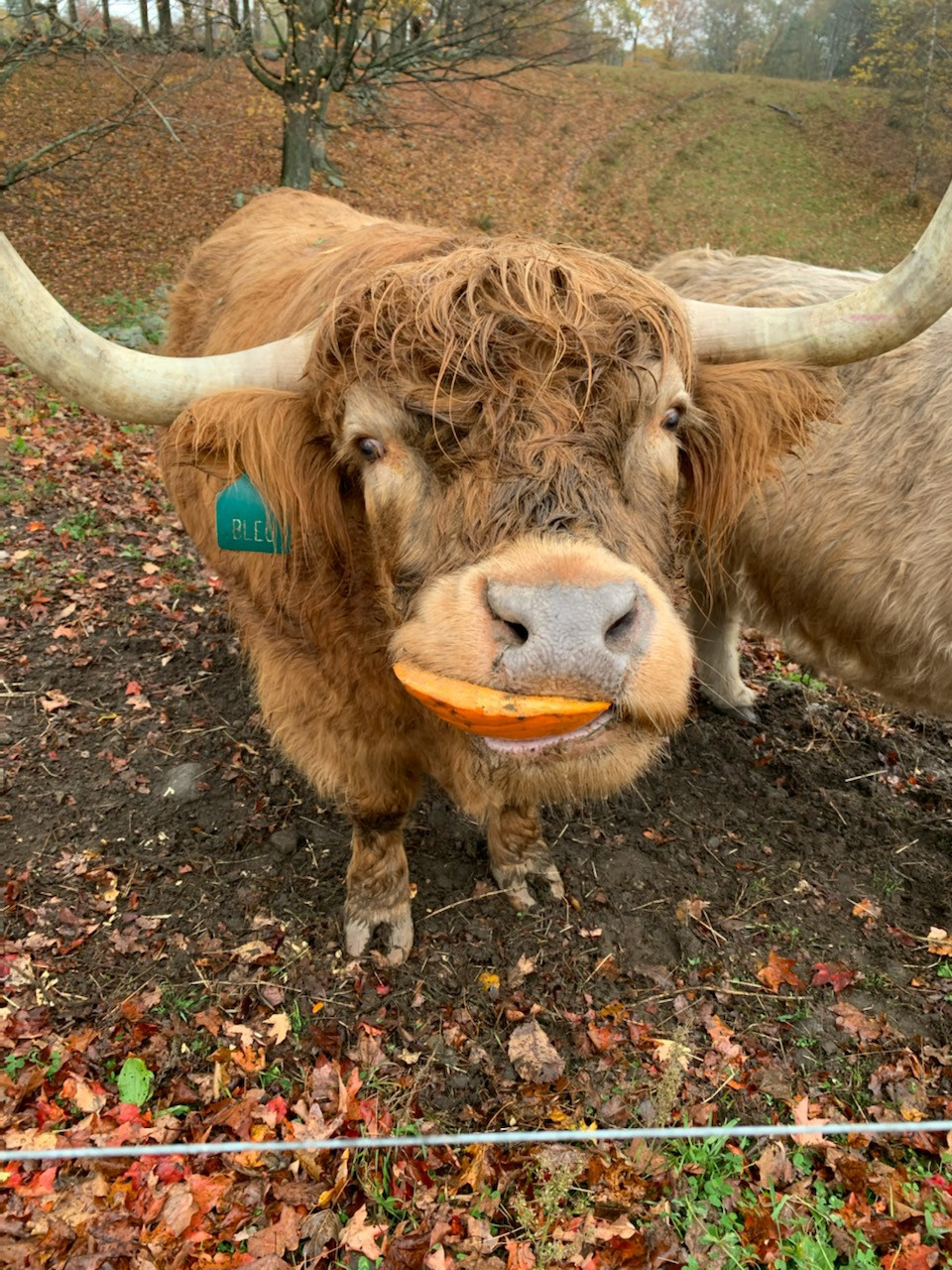 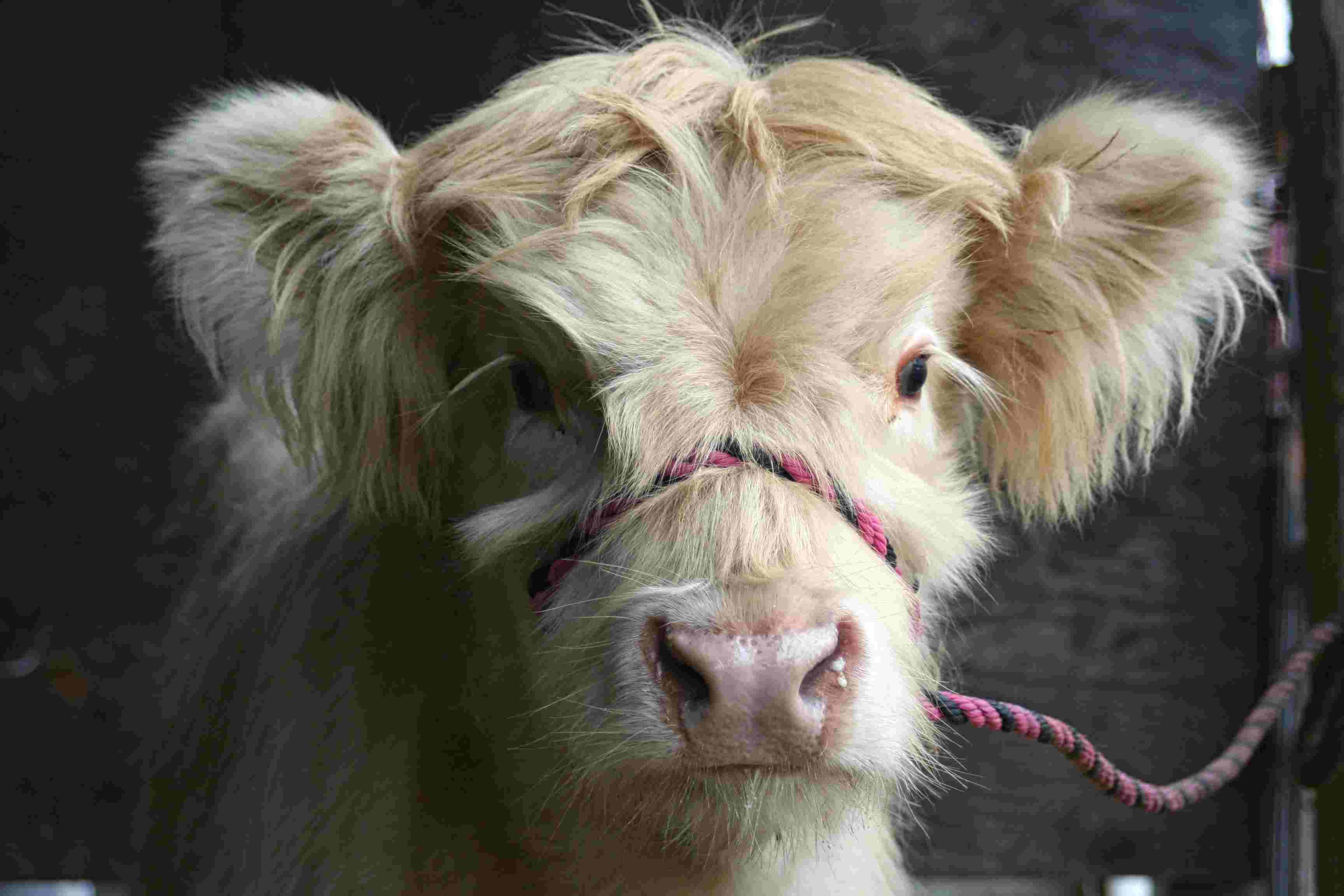 Smash Those Pumpkins; Feed the Cows 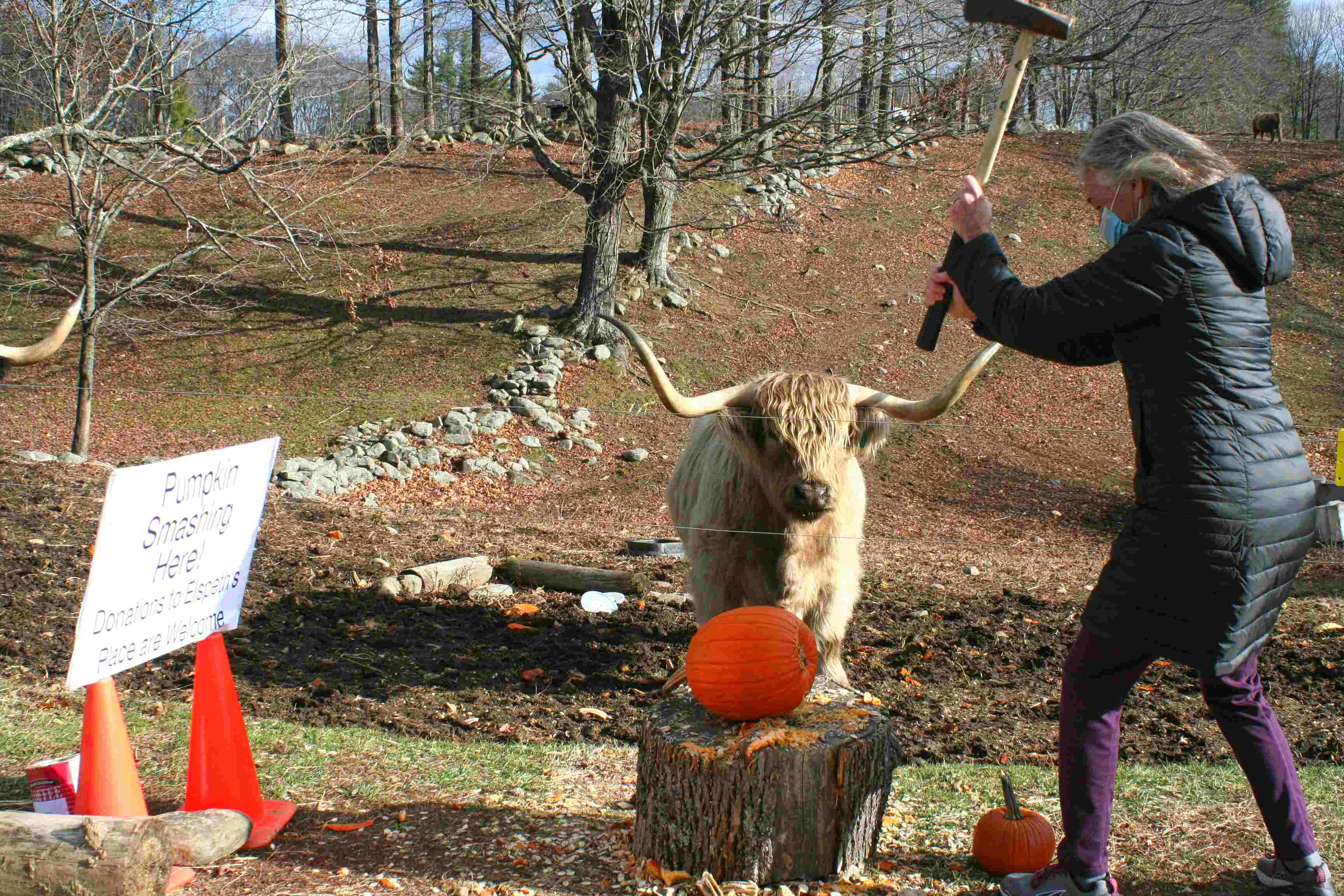