Highlander Steaks are back!

Hershey is a chocolate-colored Scottish Highlander who was born in April. He and three other calves are being weaned. These babies spent the summer romping with each other as they grew fat on their mothers' milk. It's now late September and time for them to "move out of the nest."

To make the separation less stressful for the calf and its mom, we sequester the calves in the front of the holding pen, separated from the moms by a metal gate. Each cow can see her baby and know he's OK. Each calf can sniff his mom, but because they no longer have access to her milk, we dish out high-protein feed and plenty of hay. The calves have learned to eat hay and grain by watching Mom, so there is no danger of starvation.

Star (left) checks on her calf, Moon, through the fence that separates them during weaning.

I'm a Mother To The Calves
At each feeding, the calves watch while I fill their pans with grain and stuff the manger with hay. I'm now their food provider, and even though I don't look anything like a cow (on my good days anyway), as far as food is concerned, I'm their new mother. I love it.

Hamish Throws A Fit
After two noisy days of constant mooing, the mothers usually become quiet, resigned to their now childless lives. The calves are either hoarse or have also decided that life without mom is tolerable. That's when I put a halter on each calf to teach him how to be led. Within 30 minutes, three of the calves agreed to be led, but the fourth, Hamish, would pull backward or throw himself on the ground in a mini-tantrum. After he finally took two steps without resisting, I stopped the training session. A wise, old farmer told me that lots of short training sessions work better than longer sessions, so I gave Hamish a break.

Hershey Wins My Heart
That was when Hershey won my heart. Even though it was his first time on a lead rope, he walked over to me and sniffed my hand. I took off my hat and leaned down so he could also sniff my hair. I don't know why, but cattle like to sniff hair. Even though he'd never been handled, Hershey also let me scratch under his neck, an area vulnerable to predators. Watch any wildlife show, and you'll see lions grab their prey by the throat. Calves instinctively protect this area and recoil when touched there for the first time. Not so, Hershey. As I scratched, he stretched out his head, improving my access to his chin's underside. This early show of trust wins him a job – as one of a pair of working steers. He'll be yoked with Tonto, a white calf who's also showing early promise.

I'll make sure they get enough to eat and drink and train them to respond to commands and pull loads. I'll also brush them and maybe steal a hug or two. Emotionally, I can afford the affection, which generally has to be reined-in at this meat-production establishment. That's why my working steers are the darlings of Miles Smith Farm.

A Generous Cow and a Mooching Calf 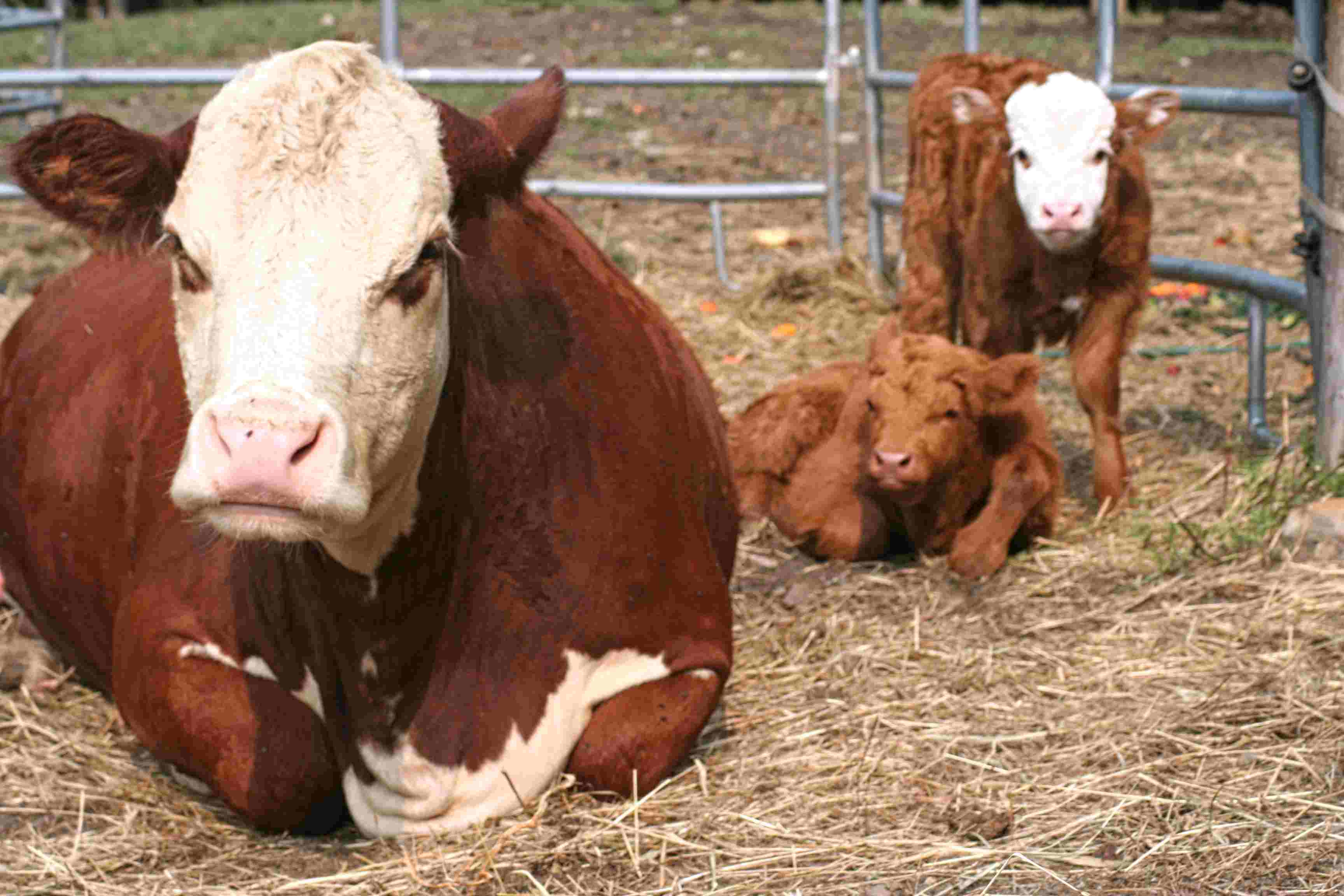 My Pig and Your Pets Could Be At Risk 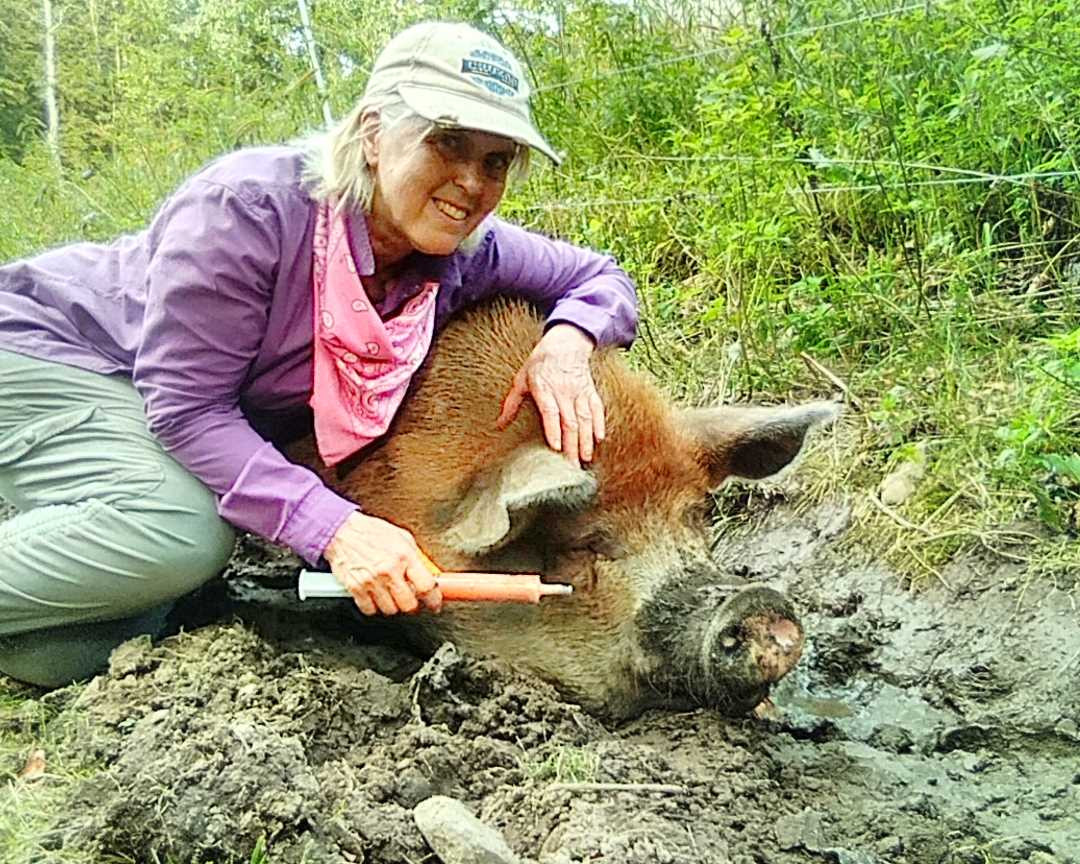 An Orphaned Calf Finds a Friend 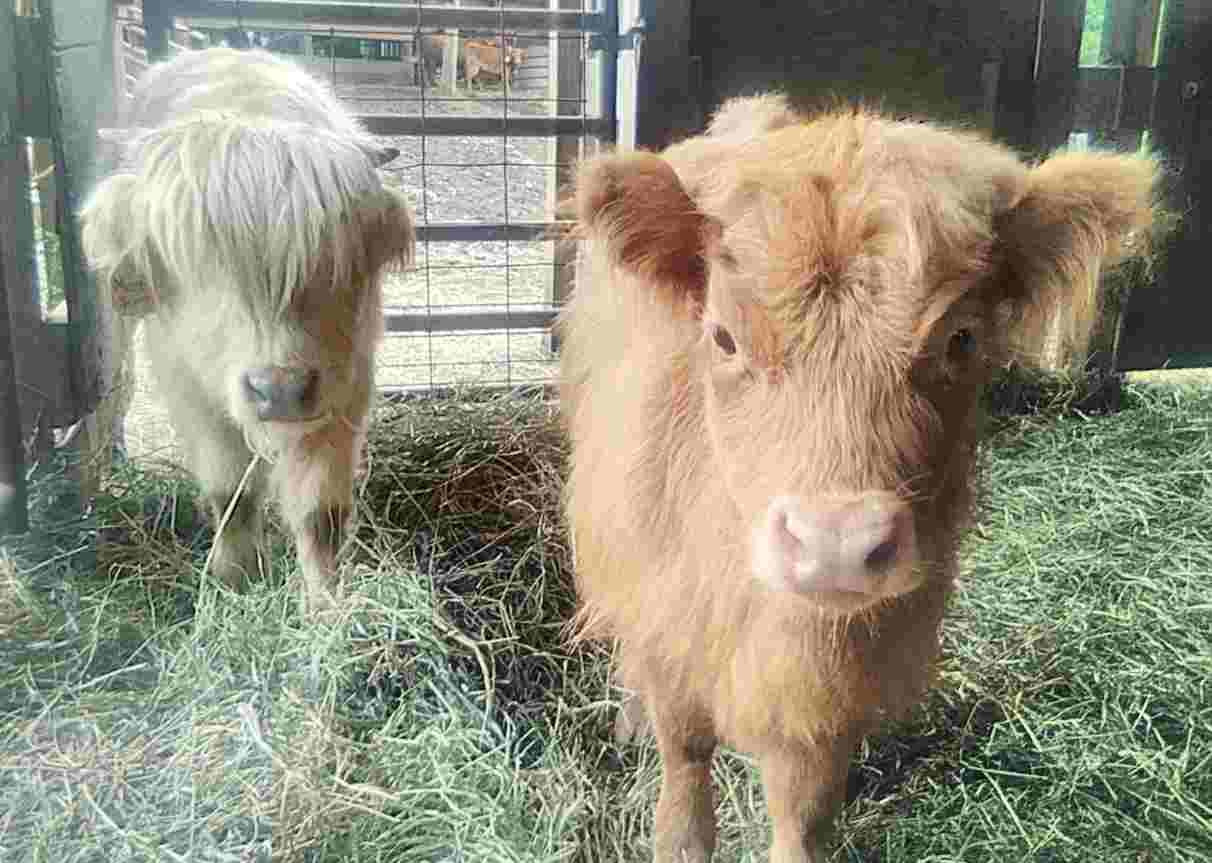