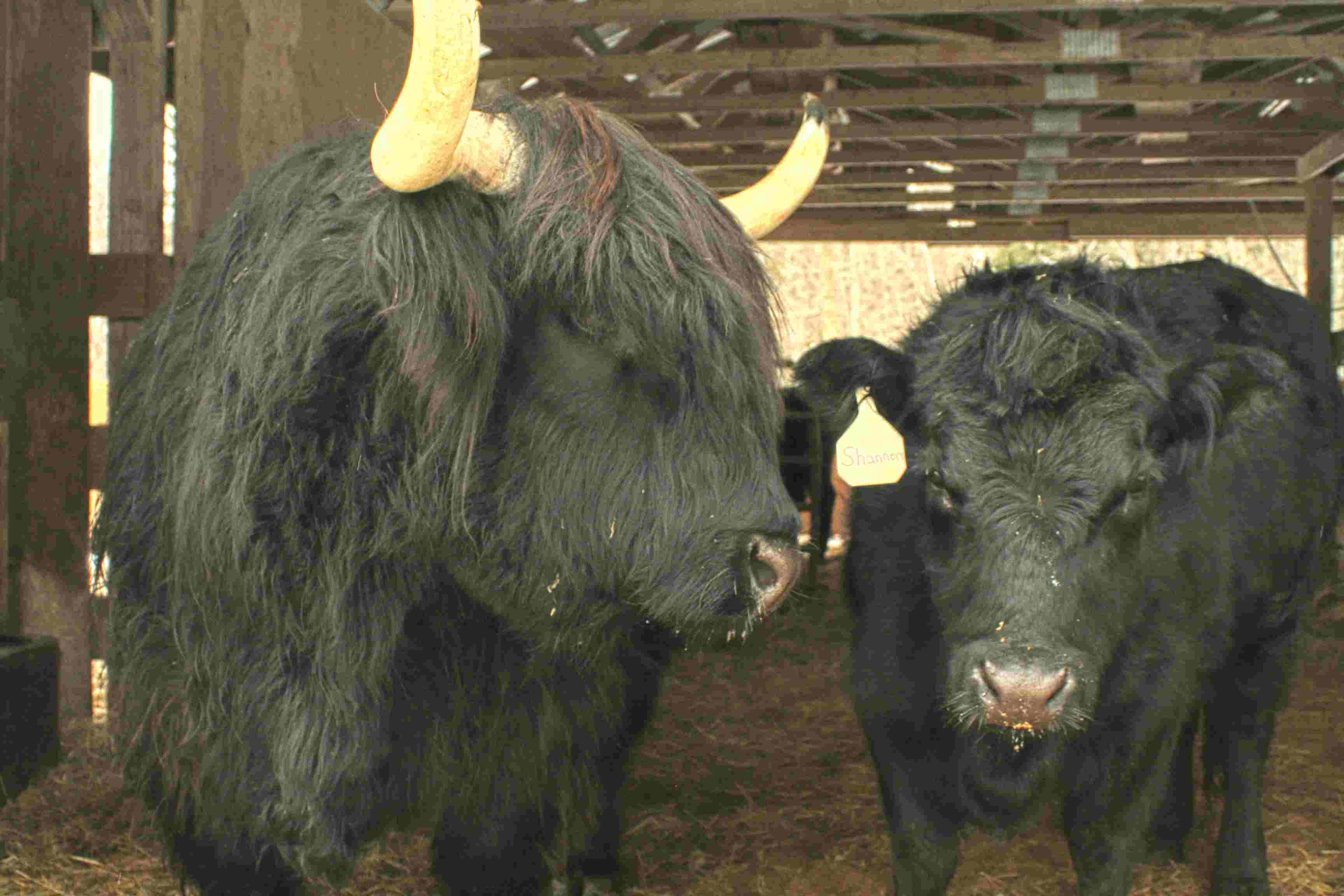 Love birds Topper and Shannon would not be separated by a mere electric fence.

In celebration of Valentine’s Day, Topper, a 1,400-pound, black Highlander steer, posed for hours next to a sleigh covered with red hearts and gleaming tinsel here on Miles Smith Farm. Visitors sat in the sleigh for pictures or admired the ox's massive horns, brushed his soft hair, and fed him carrots and apples (his favorite).

You'd think a steer would be an unlikely participant in a Valentine's Day event. For the uninitiated, a steer is a bull that has been neutered. This is done to keep control of breeding programs and to make the animal easier to manage, especially around females. But Topper is atypical.

After five hours of wooing his admirers, Topper rejoined the five steers who share a pasture with him.

Shannon, a 2-year-old black Angus heifer, lives in a pasture across from Topper and the boys. That evening, looking for love, she discovered a break in the electric fence and found a way into their pasture, where she spent the evening.

Topper was smitten by this young temptress. During the night, she escaped again, this time with Topper following her, close as chocolate dip on a strawberry. We patched the fences around both fields and sorted Shannon and Topper into their proper pastures. Minutes later, he escaped, hoping to rejoin his new love. We put him back, but with Shannon staring at him across the fence, he could not resist and escaped again. Finally, we gave up and put Romeo and Juliet together.

How do I put this? From his behavior, you'd never know he wasn't a bull. This is unusual, but not unheard of. He'll never sire a calf, and our Highlander and Angus breeding programs won't be muddled, so who am I to stand in the way of true love?

Eventually, Shannon will show less interest in her big ox, and his desire for her will diminish. But for now, we're mending those fences while the happy couple snuggles and cavorts, making theirs a winter to remember.

I wonder if there is research on the effects of hearts and tinsel on cattle who ought to be confirmed bachelors? 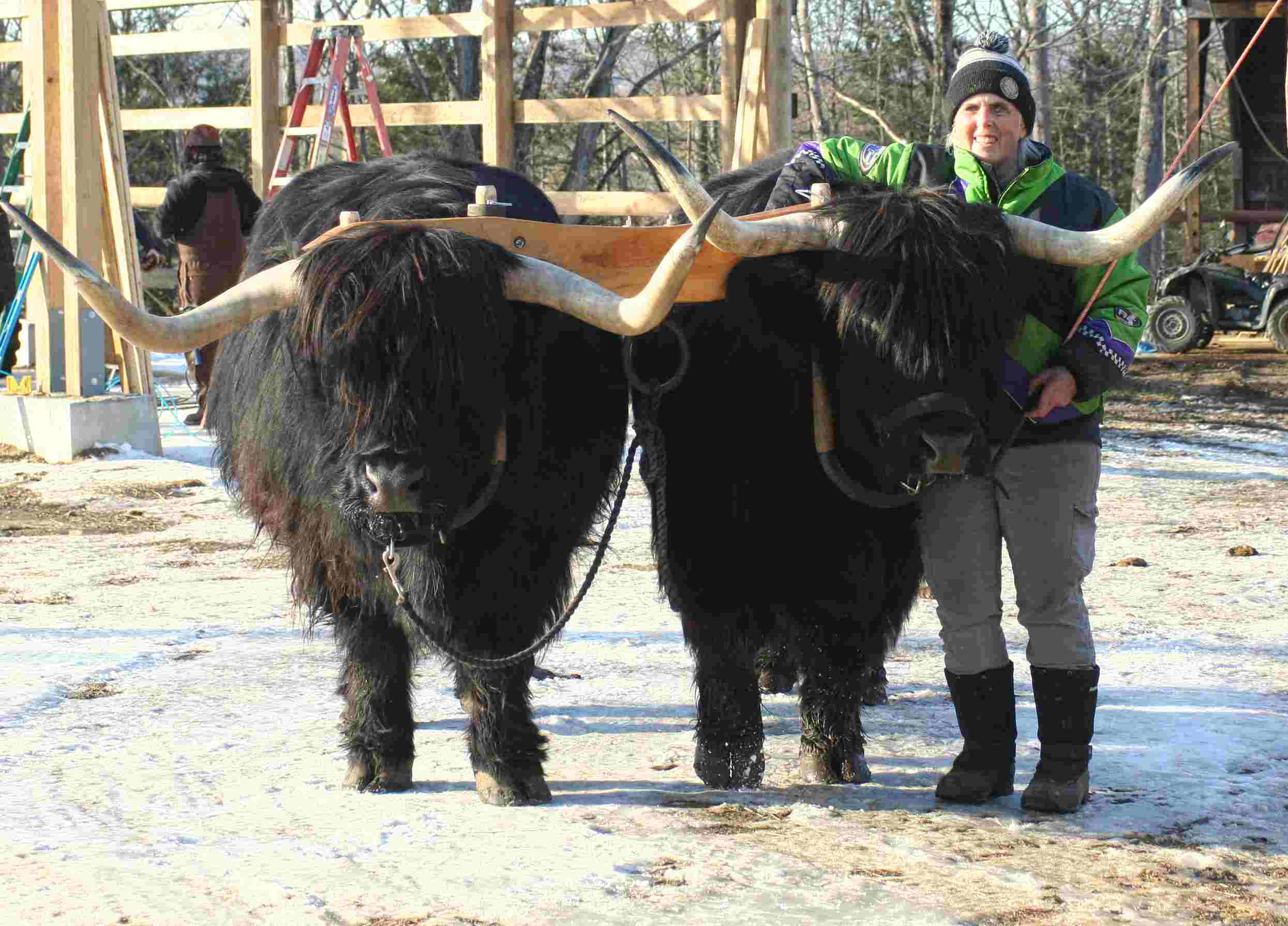 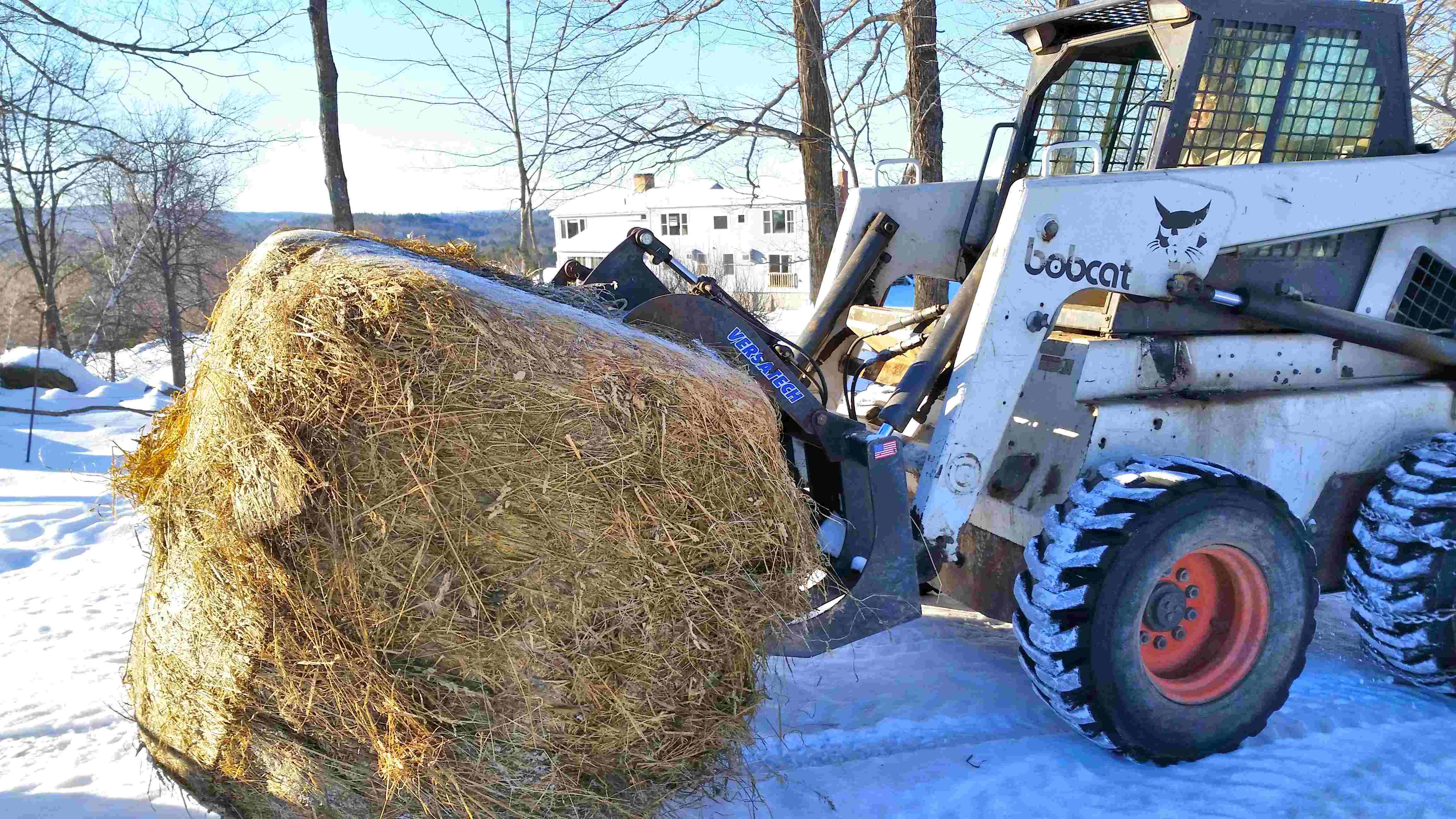 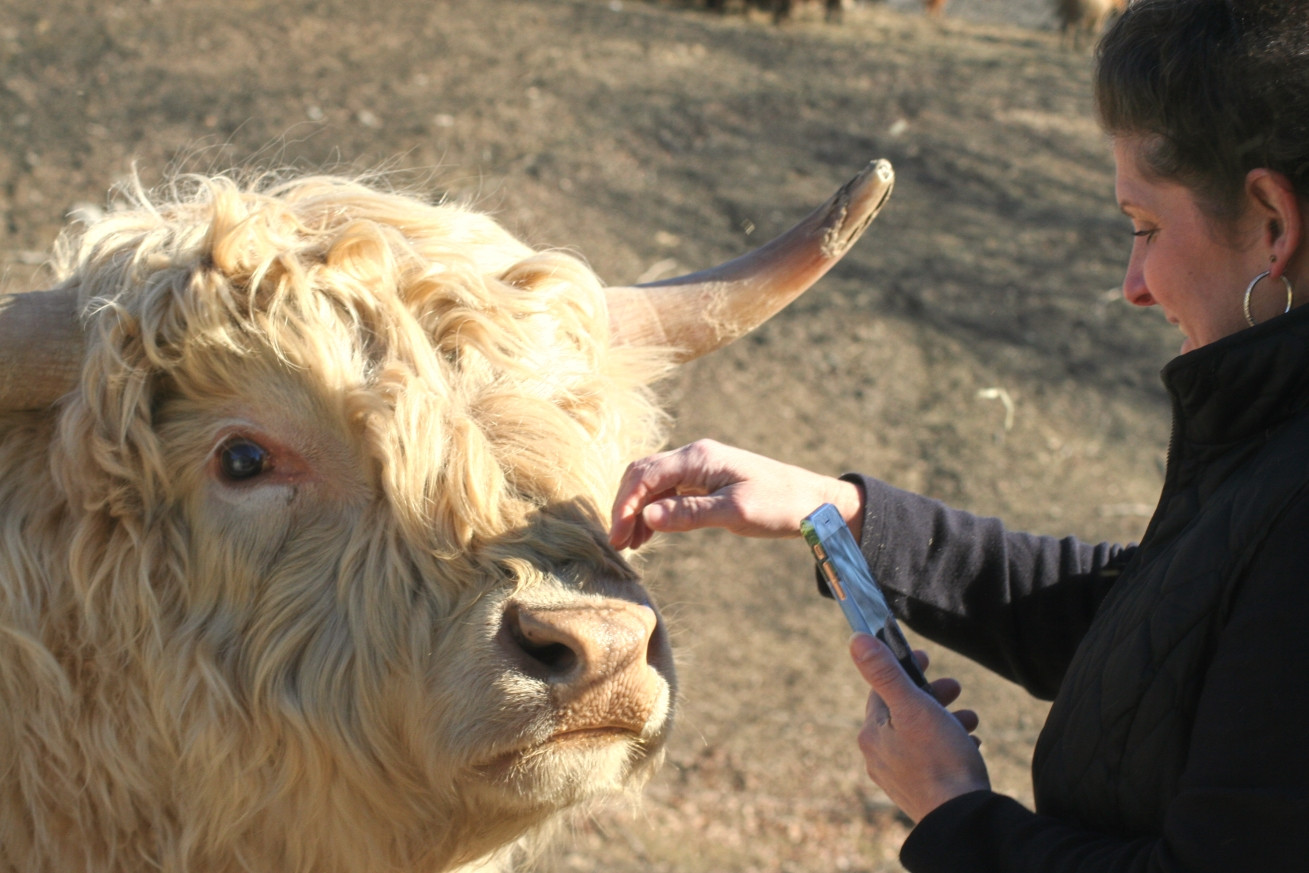