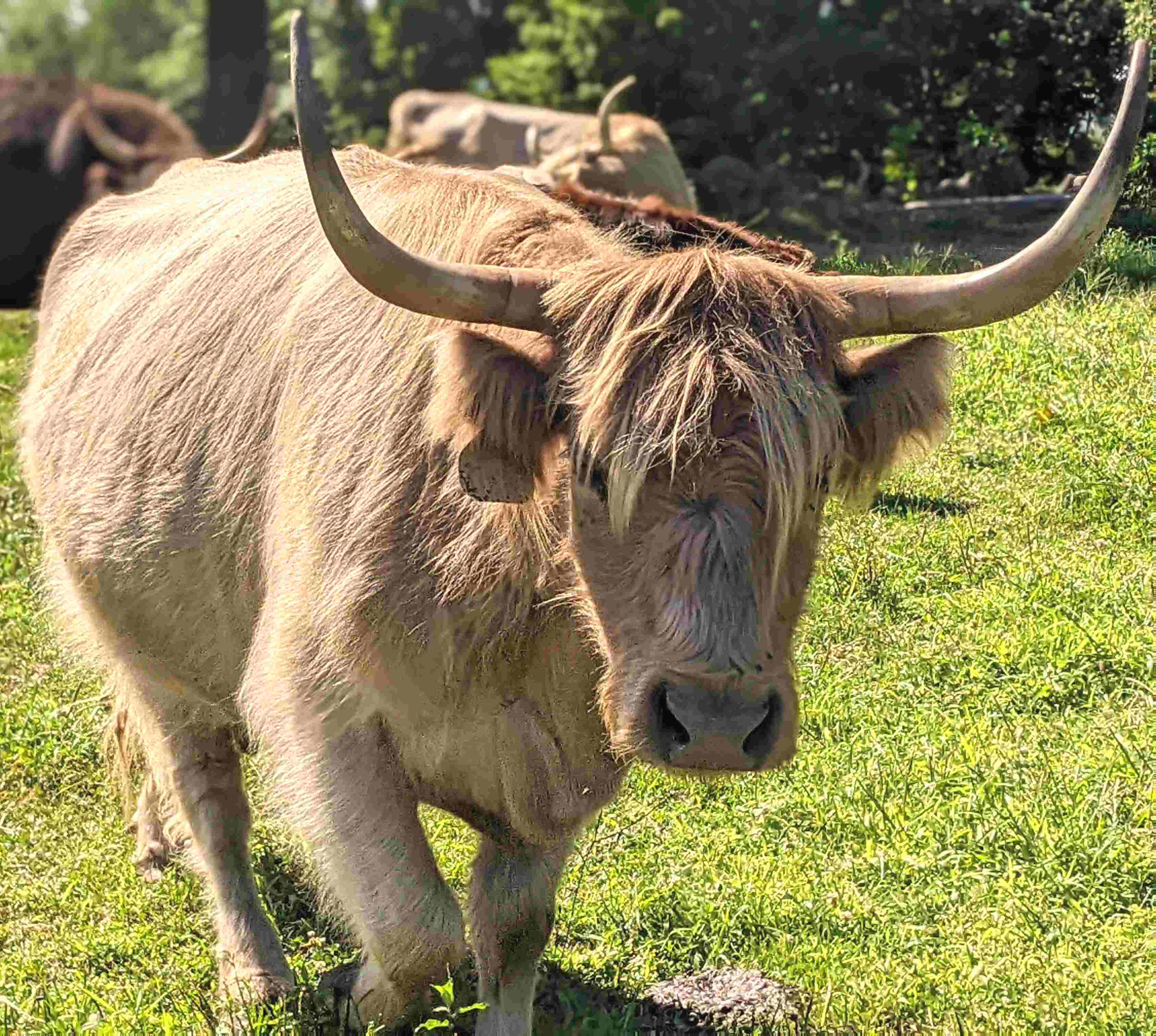 Nina, a Scottish Highlander cow, was one of the eleven bovines purchased from Miles Smith Farm by an Amish farmer in Ohio.

The truck and trailer pulled into the Miles Smith Farm barnyard at 4 a.m. on Tuesday. The three weary travelers, Kevin, Harley, and Harley's five-year-old son, stumbled into the house and crashed on two airbeds I had set up in the living room. They had just completed a marathon drive from Ohio to pick up 10 Scottish Highlander cows and one bull.

A few weeks earlier, Harley, an Amish farmer, contacted me looking for Highlanders. He'd called other farmers and had gotten my name from the Heartland Highland Cattle Association. Highland cattle have become very popular, and Harley was on a mission to fill his pastures in Fredricktown, Ohio, with the hairy, long-horned beasts. I had not intended to sell that many cows, but Harley convinced me they'd have a great home.

According to Wikipedia, the Amish speak English and a German dialect called Pennsylvania Dutch. They refer to most other Americans as "English." The old-order Amish, like Harley, embrace simple living, plain dress, Christian pacifism, and don't use modern technology. Their lifestyle focuses on family and encourages face-to-face conversations and self-sufficiency. They value rural life, manual labor, humility, and Gelassenheit (submission to God's will). Harley spoke unaccented English but looked the part, with a broad-brimmed straw hat and a beard without a mustache. When he spoke to his son, it was in Pennsylvania Dutch. I've spent years in Germany, but their dialect was Greek to me.

Because Harley could not own or drive a motor vehicle, he hired Kevin, a professional trucker, to drive a truck pulling a borrowed a stock trailer. A bit nervous about hosting Amish guests; I was worried I might offend them with my "English" ways. Harley sipped coffee while his son drank the raw milk I'd purchased from Huckins Farm. When I asked if raw milk was all right for his son, Harley said, "At home, he drinks raw milk from our two cows."

Harley is Amish, but he is a farmer and faces many of the same issues as I do, although, without electricity or modern technology, his life seems more complicated than mine. Harley explained his people farm with horsepower, not the 45 horsepower of a tractor like ours, but four-legged, tail-swishing, hay-eating horses. I wondered what his farm was like, and driver Kevin told me it was neat, clean, and organized. He said that Harley's pastures were lush with green grass, even in fall, and my cows would live idyllic lives.

Amish clothing is a class act. Harley and his son wore clothing that managed to be plain but exquisite, hand-stitched with button fastenings. Their outfits were clean and well-fitting, while my baggy sweatshirt and stained pants, with pockets bulging with a folding knife and cell phone, were beyond plain.

Harley didn't mind my farmy clothing, but he looked with dismay at my paddocks which, after a week of rain, had turned into a sea of boot-sucking mud. Harley's Ohio farm has lush grass, and he eliminated any mud by improving drainage and gravel applications. Kevin brought mud boots, but Harley hadn't. Once husband Bruce had lent him a pair, Harley charged in to help load the trailer.

The weeks leading up to this moment included two visits from the vet to get the required health certificates for the traveling cattle. We struggled to get all the cows tagged and tattooed before their trip across state lines. The preparation was complicated, but my biggest concern was loading the reluctant cattle with massive horns into a 22-foot stock trailer. Unlike Angus or Hereford cattle, one Highlander will often get in the trailer, then turn around and swing her horns at her companions as if to say, "Don't you dare pass. This is my space." The first cow in, Nina, did just that, blocking her fellow travelers. I climbed onto the outside of the trailer and, reaching through an opening, tapped Nina's nose until she turned around. No longer blocked by Nina, the others crowded in. They loaded within a minute.

The truck, trailer, cattle, and passengers made it back to Ohio early Wednesday morning. Now my little herd of cattle is settling into their new home. Maybe someday I'll visit them. I'll be happy to leave the mud at home. 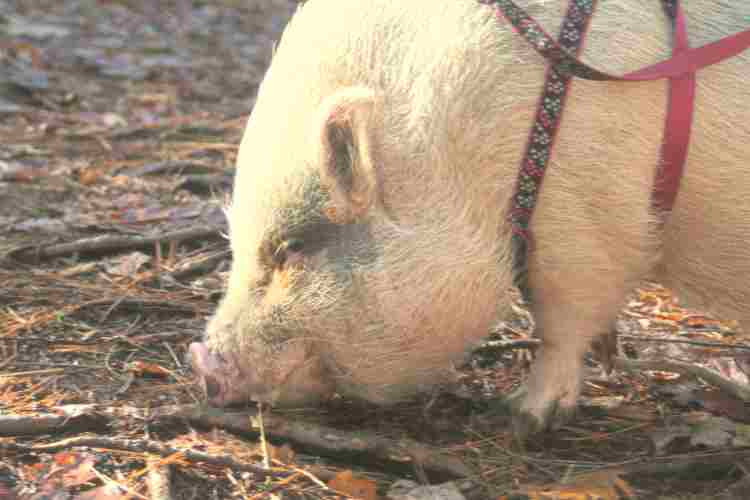 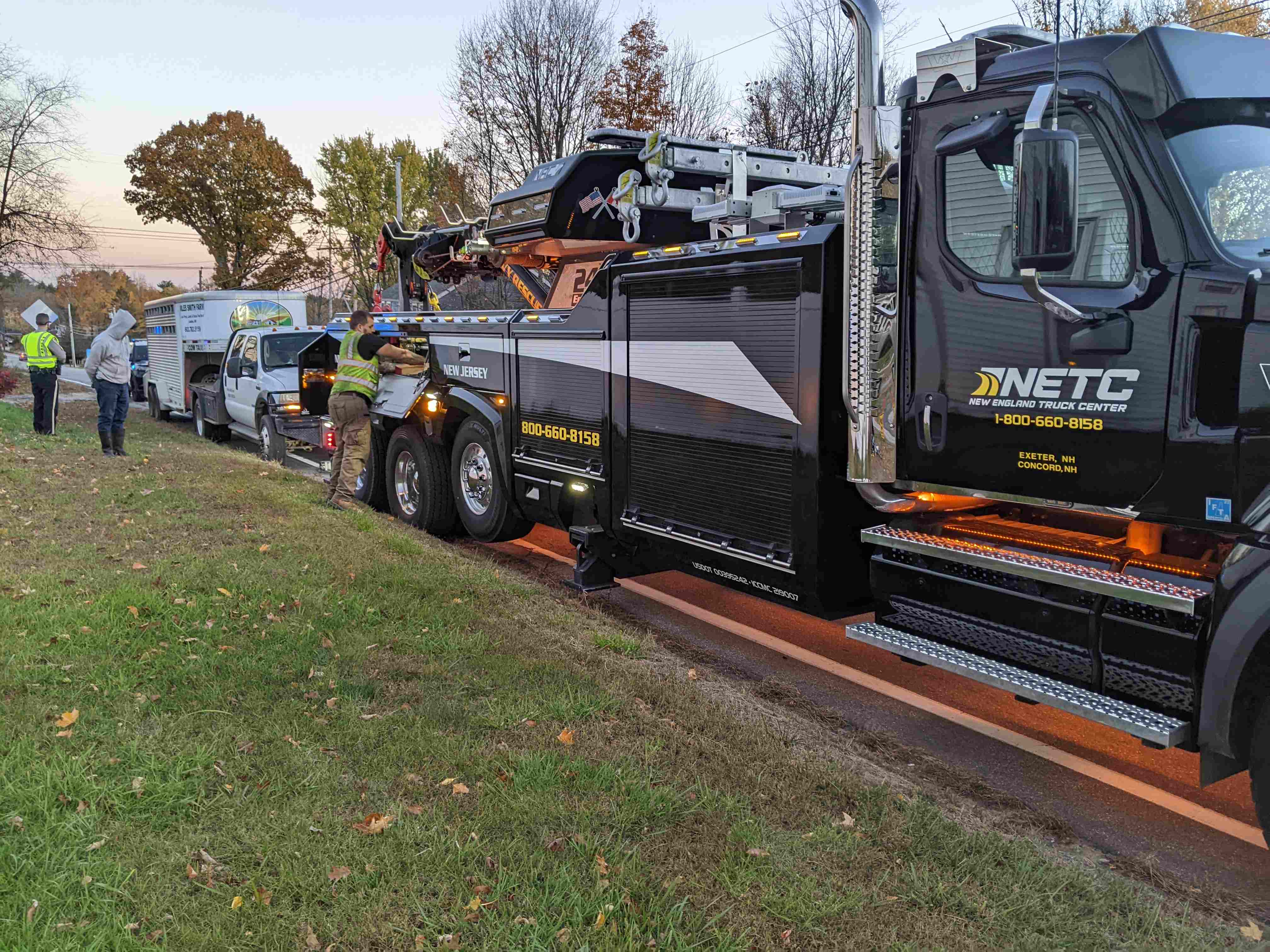 Fall News From the Farm 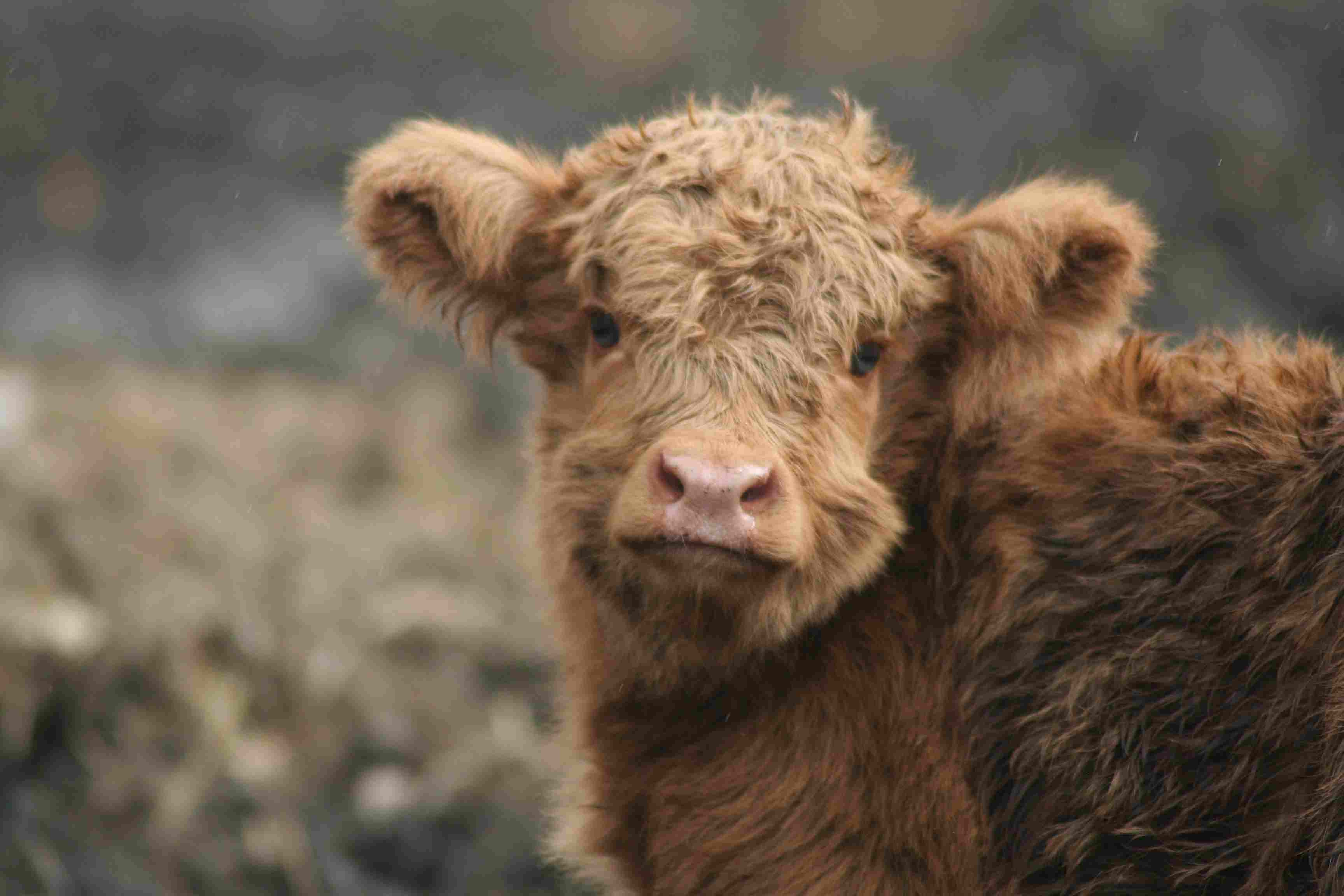