A Steer Among the Plaid in Lincoln 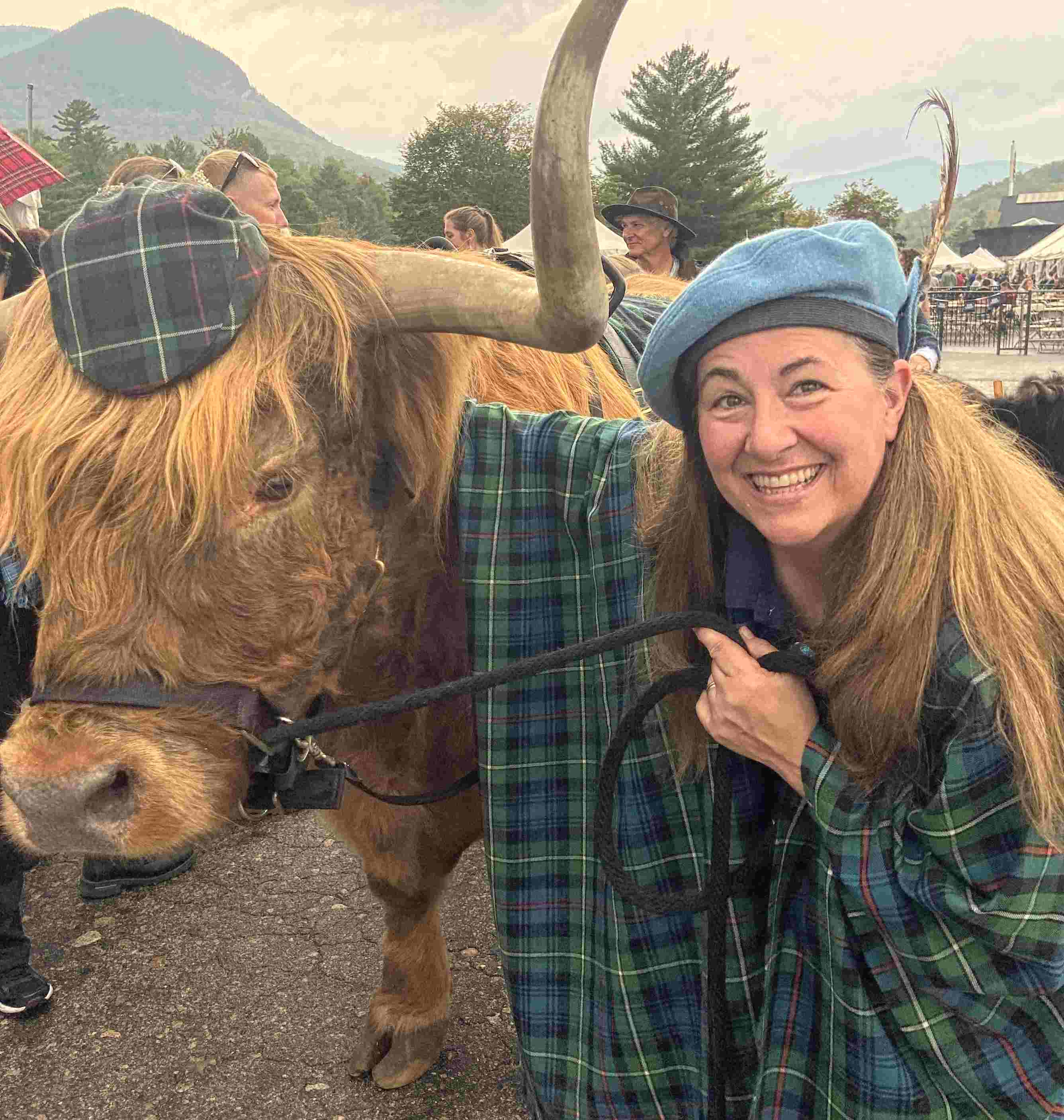 Curious Bleu, a Scottish Highlander steer wearing his Clan MacKenzie tartan cap, met a real MacKenzie clanswoman Barbara Selvey from Sturbridge, Mass. She was one of the 35,000 people who attended the 47th Annual New Hampshire Highland Games and Festival in Lincoln.

The sound of bagpipes filled the air as Curious Bleu, looking rakish in his MacKenzie tartan cap, clip-clopped onto the parade grounds. Bleu, a 10-year-old Scottish Highlander steer, and his sidekick, year-old Daffodil, were part of the spectacle of the 47th Annual New Hampshire Highland Games and Festival (hosted by NHSCOT) in Lincoln. They were there to add ambiance. After all, what could be more Scottish than Scottish Highlander cattle?

The 2022 celebration of all things Scottish, held on Sept. 16-18, included piping, sheep dog trials, Highland dancing, and music competitions (bands and solo musicians). The games also had "heavy athletic events" like the tug-o-war, the hammer throw, and tossing the caber in which competitors toss a 16-to-20-foot tapered pole that weighs 90-150 pounds -- a skill every Scot should possess. Why do they throw a pole? Why not?

Walking in the Rain

It may not seem like standing in one place while visitors fed him carrots and alfalfa cubes was hard work, but it was for Bleu. At about 1 p.m. on Sunday, Bleu got antsy and looked at me as if to say, "I'm bored. Carole, let's go for a walk." I never need an excuse to walk with my cattle, so I grabbed his lead rope, and we strolled around the Clan Village. In the 17th century, a Scottish clan chief held his territory with the consent of his clan tenants. Each clan had a unique and colorful tartan that members wore to identify their clan. Even though the clan system has lost its power, people still love wearing their clan's tartan. Bleu had a MacKenzie tartan cap, so we sought out the Clan MacKenzie tent for a photo shoot with his "clansmen."

The rain stayed away until the closing parade when our little group of cattle and handlers walked ahead of the Pipes and Drums of NHSCOT and other bands onto the parade grounds, a large area with bleachers on all sides. As I led Bleu, I felt the beat of the drums in my bones, and the lilting bagpipe music compelled me to walk in step with the music while Bleu carried nine-year-old Evelyn Auger on his back. Even with rain pounding down, we kept walking. When did a little rain bother a Highlander, especially when inspired by a Highland band bringing up the rear? I sensed how music from bagpipes and drums could inspire a clan warrior to march into battle.

No parade with cattle is complete without a cleanup crew. Farm helper Diane Hersey walked behind us with a bucket and shovel.

At last year's games, I was enchanted by all the men in kilts, and this year husband Bruce wore his kilt. He couldn't find a Clan Dawson kilt, so he wore a plain khaki "utility kilt," which was charming as well as practical for a cattle farmer.

Bleu and Daffodil are back on the farm, happily munching hay and telling their pasture mates about their day at the games as I dream about next year's festival. 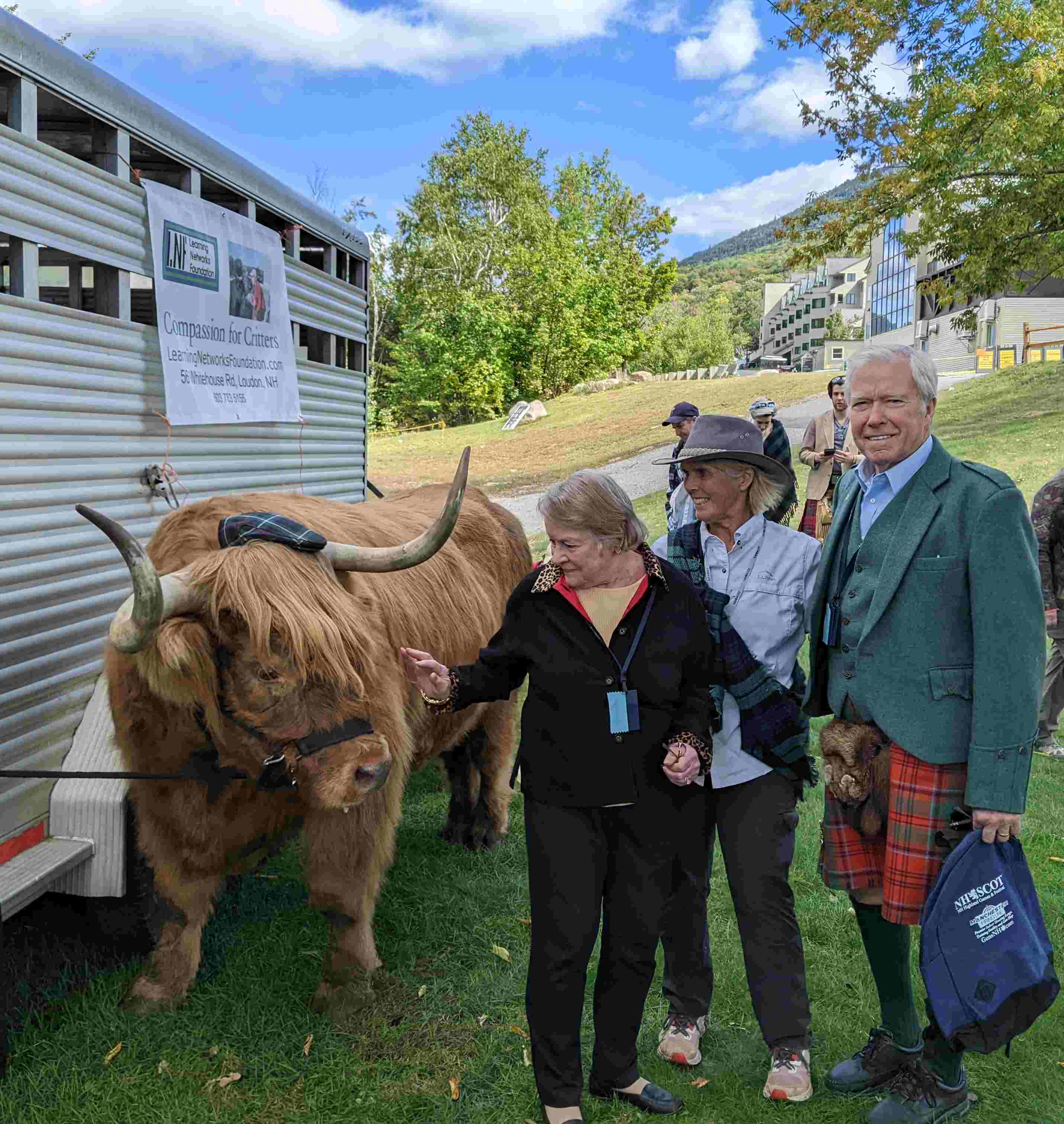 Off the Farm for a Recycled Percussion Concert 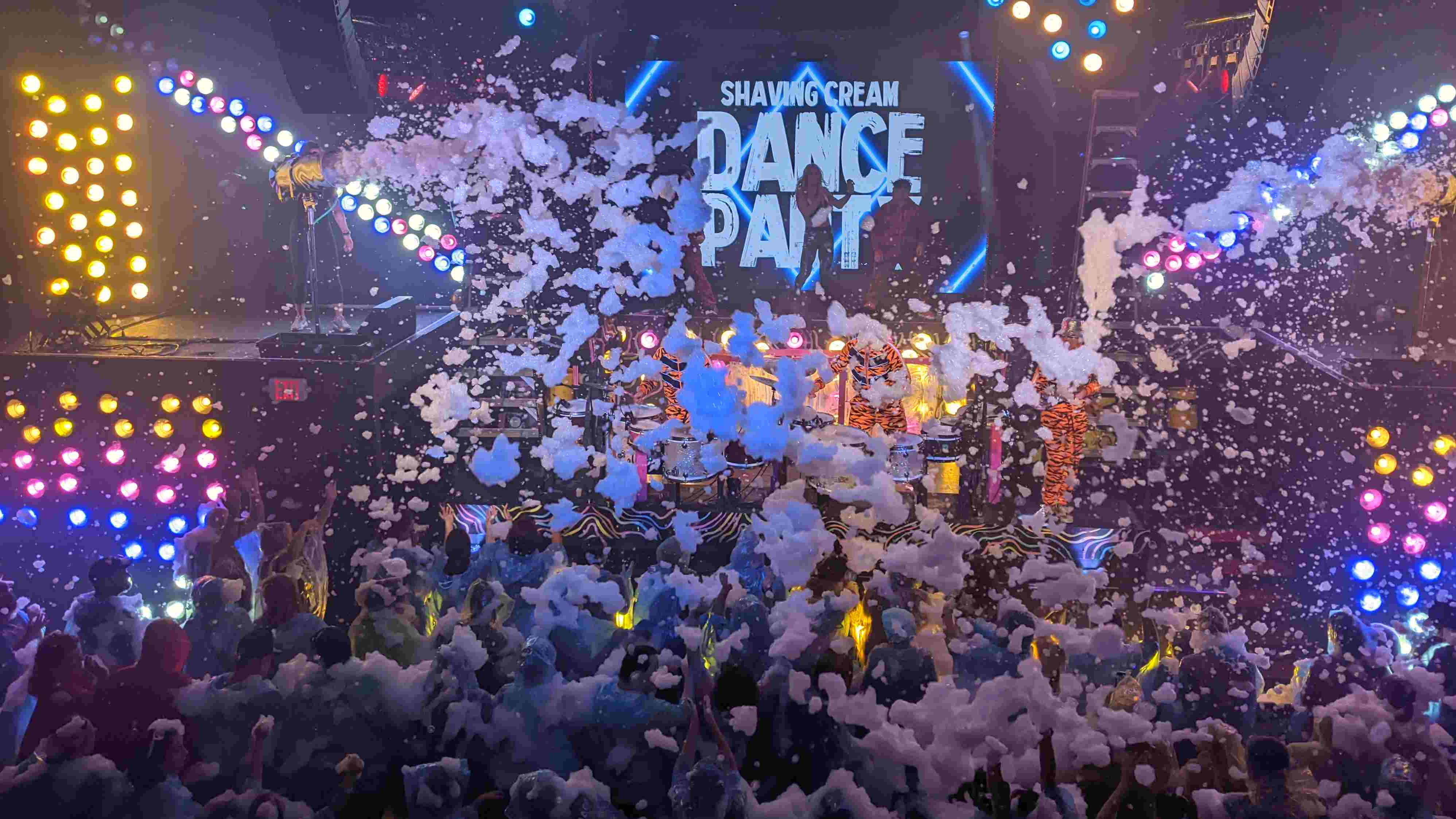 A 4H Lamb Joins the Family 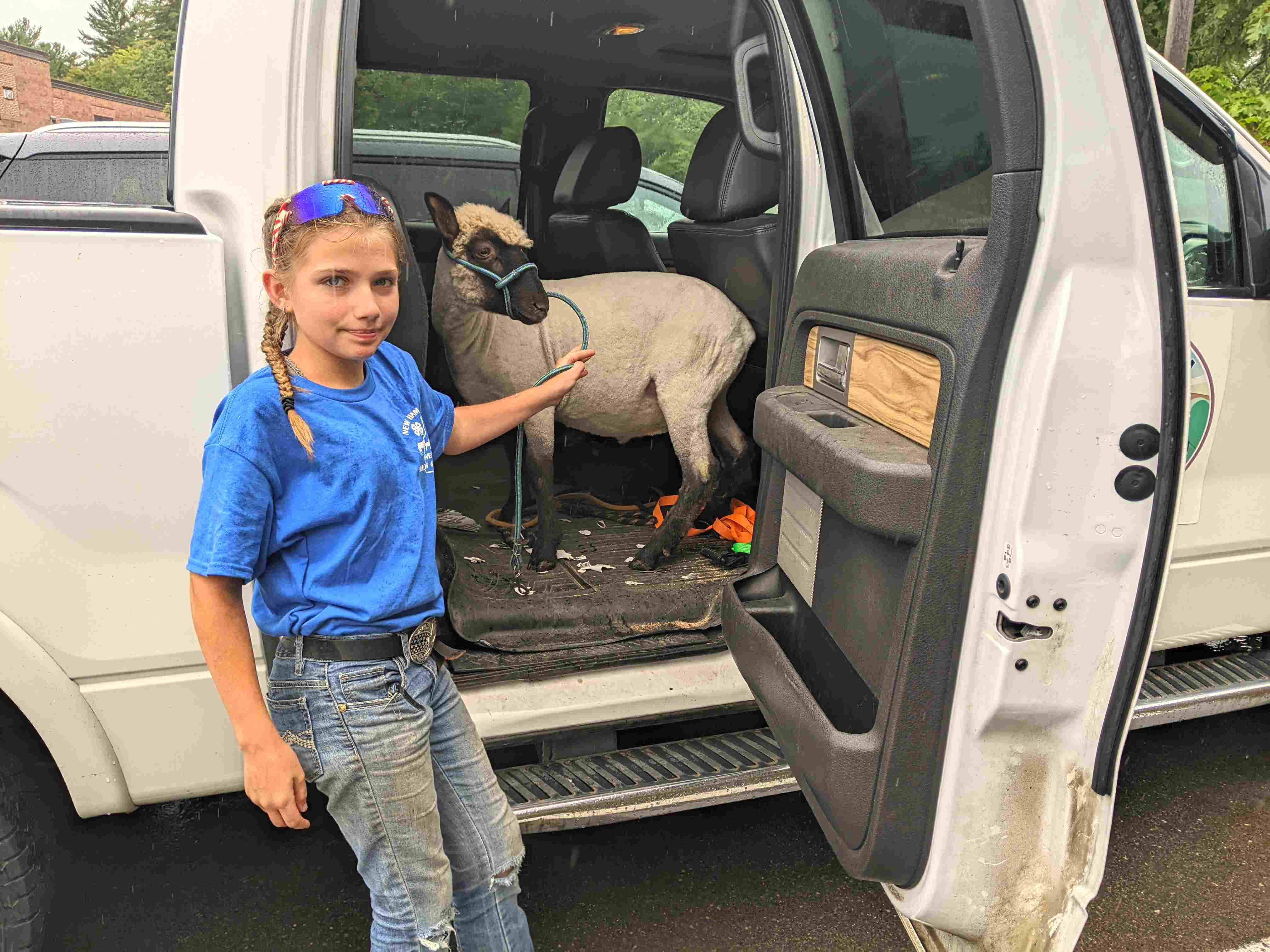