We no longer have pickup locations but do offer home delivery. Please call for more information: 603 783 5159 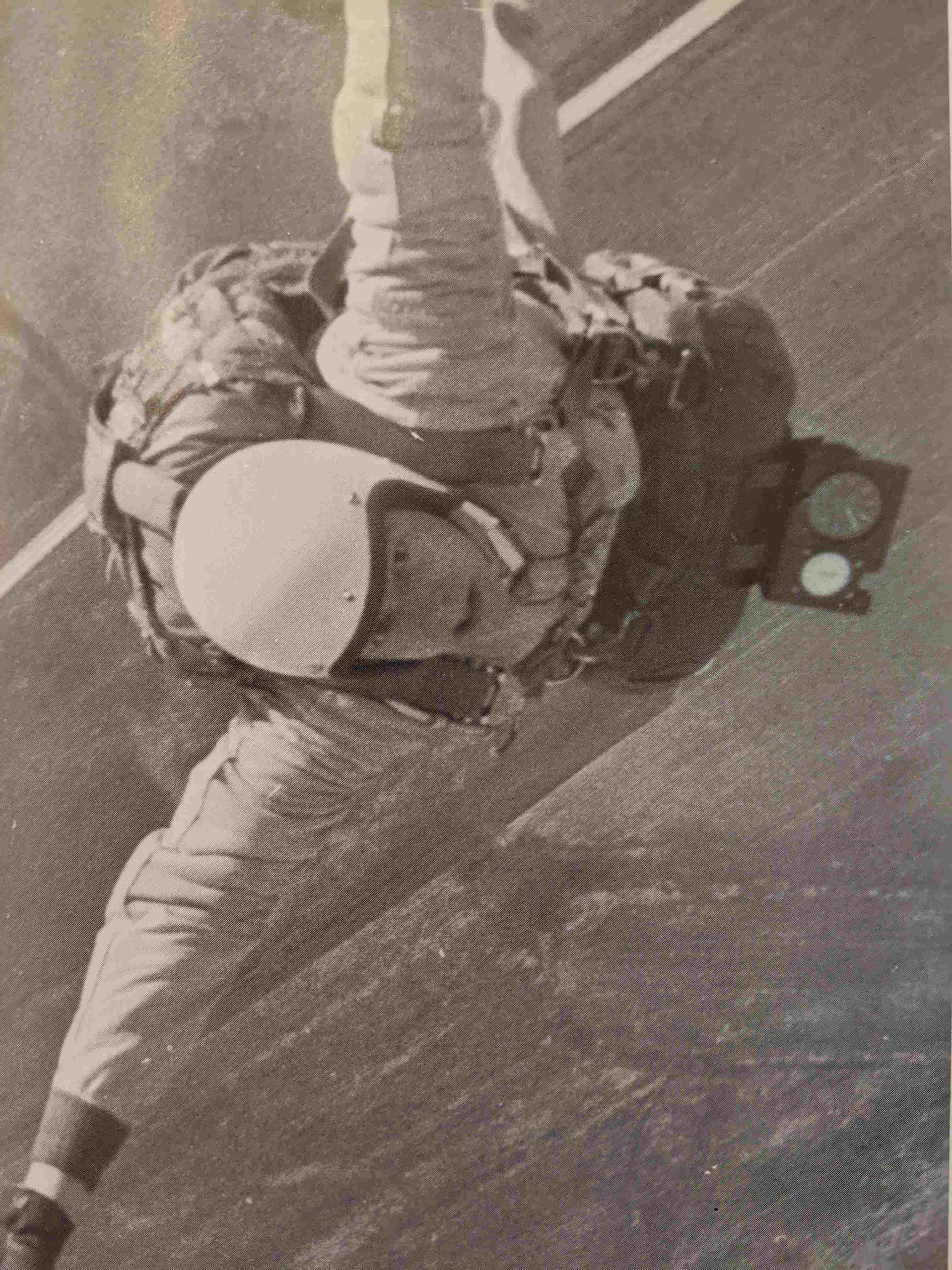 This picture in the 1971 Principia College yearbook documented one of my skydives.

It was an event that occurred once in a lifetime. I'm not talking about the June 24th lining up of five planets and the moon for the first time since 1864. This is far rarer. Unique, actually. It was the Principia College classes of 1972/73 combined reunion held on the college campus in Elsah, Ill., where over 200 septuagenarians lived in college dorms for five days, ate delicious cafeteria food, and tried to remember whom we dated.

Principia, a college for Christian Scientists (no connection to Tom Cruise or Scientology), is perched on bluffs overlooking the Mississippi River. The campus, with quaint dorms designed by Bernard Maybeck, may have looked like a Shakespearian village, but for me, it was an oasis in my desert of responsibility and work.

I never knew that pickleball could bring out the beast in my classmates; John smashed the ball like it was a Dear John letter, and Eric looked more like a beast on the court than a retiree. On a more genteel note, Randy taught us how to create a fine watercolor en Plein air (that's how we fancy collegians say "outdoors"), and the Beatles barely beat out the Beach Boys in a vote conducted by classmate Howie. Some alumni climbed the stairs to the college observatory at 4 a.m. on Friday to witness the lining up of the planets. I stayed in bed for that one, but their photos were impressive.

For most of us, 50 years changed how we look. Thank goodness the organizers provided large-print name tags with "then" pictures. It helped me recognize Tom, who was my partner in drama class. Former CBS news correspondent Jacqueline Adams was also in my class. As I recall, Jackie never forgot her lines. It was a good thing I had two lines to remember as Stella in our performance of a scene from "A Street Car Named Desire."

I had no trouble recognizing dorm mates Kathy T., Kathy W., and Debbie. We took a few minutes to wander around the halls of our former home, Sylvester House.

"Remember this?" Kathy W. said as she stood in the tiny closet that was our telephone booth." I lived for phone calls from my boyfriend. The telephone was our connection to the world, the internet of our day."

"For me, it was my mailbox in the concourse," I said. "When I saw a letter in my box, everything took second place, even dinner, until I'd read it. That was my internet."

I'm not even sure why Principia accepted me. In 1969 after I sent in my application, I realized I'd spelled college wrong. I spelled it "collage." My typewriter wasn't connected to my dictionary. Thank goodness for today's spell-check.

The reunion also reminded me of skydiving with six classmates, including classmate and Vietnam vet Chip Ostenberg. Helen Ostenberg, Chip's younger sister, said, "I wanted to go, but our parents would not sign my release!"

We carpooled to a Missouri airfield where, after a half-hour of training, we suited up and climbed into a plane flown by a Vietnam vet helicopter pilot who flew the single-wing Cessna to 3,000 feet. The pilot had been a lead helicopter pilot in Vietnam whose job was to fly low and fast to draw fire so that the bigger gunship following could see the ground fire and shoot at it.

Before the jump, we learned that our ripcords were super long and attached to the plane, so as our bodies fell away, the cord would be pulled automatically. The trainers instructed us to count 1-1,000, 2-1,000, 3-1,000 … up to 10-1000. If the main parachute hadn't opened when we finished counting, it was time to yank open the emergency chute.

They had removed the Cessna's door to make it easier to jump. Without the door, it was loud inside, with the 100-knot wind blowing through. The pilot cut the engine seconds before I left the plane.

"You know, we could hear you counting from the ground," fellow jumper Joel told me at the reunion.

No, I wasn't scared, not at all, not me. I just wanted credit for following instructions. I wonder if they heard me in St. Louis?

The trip back in time reminded me that Principia was my connection to what is now Miles Smith Farm. Back then, the farm was called Rivendell School, where fellow Principia school-mate John Ranson was a counselor. John encouraged me to visit Rivendell, where I was hired. Back then, the farm was a residential school for delinquent teenagers and included a residential campus with three houses and a school building. I fell in love, married the director, and still live there today with my second husband, Bruce.

Today Rivendell is called Learning Networks Foundation, the nonprofit element of Miles Smith Farm. No longer a residential school, the Foundation's mission is to teach children and adults to treat livestock and other animals with kindness and respect.

Our lives can take surprising paths. When I was busy misspelling "college," I never dreamed that application would be my ticket for a journey that would land me in New Hampshire amid all the agricultural joys and sorrows I love to tell you about each week. 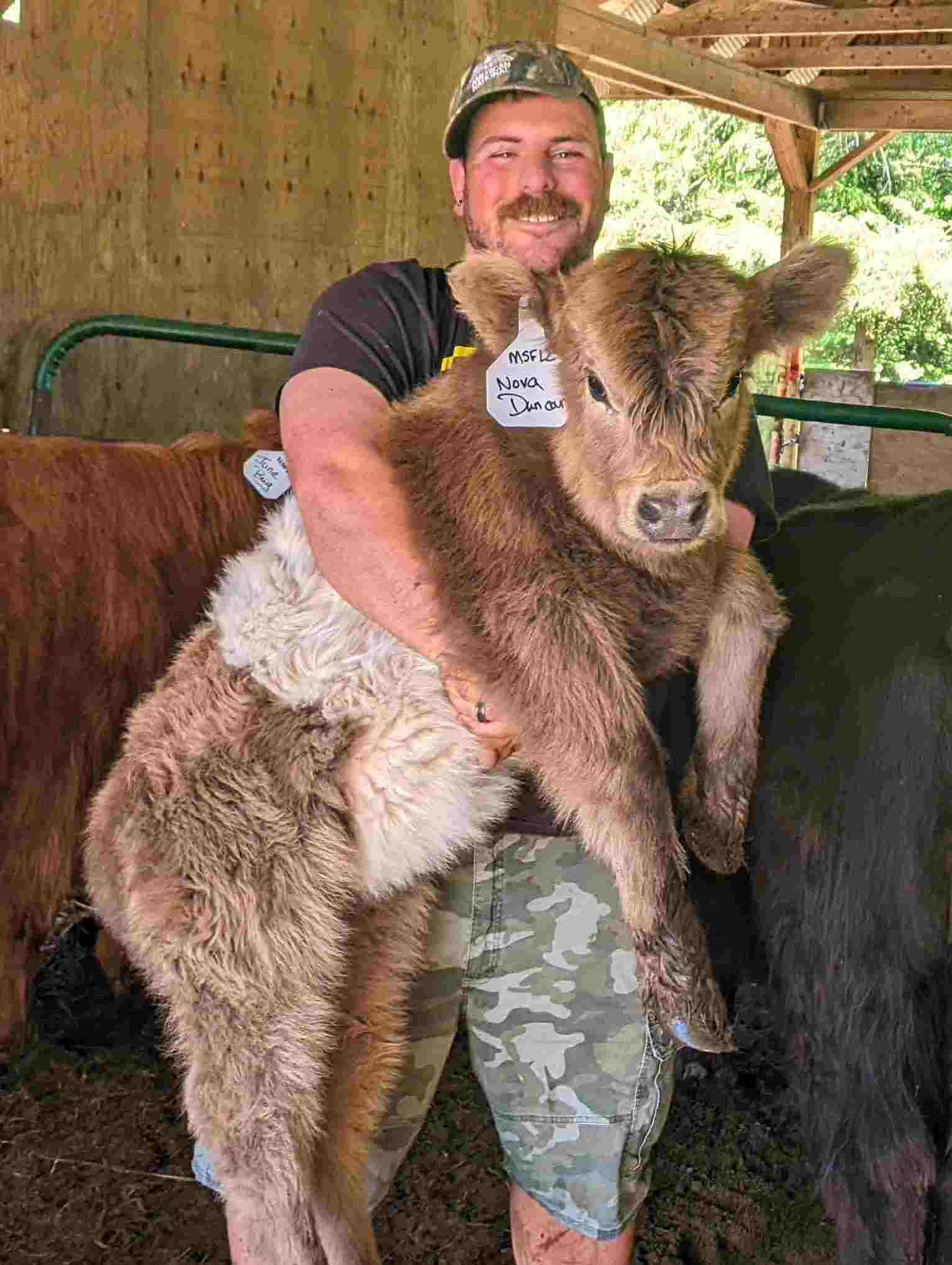 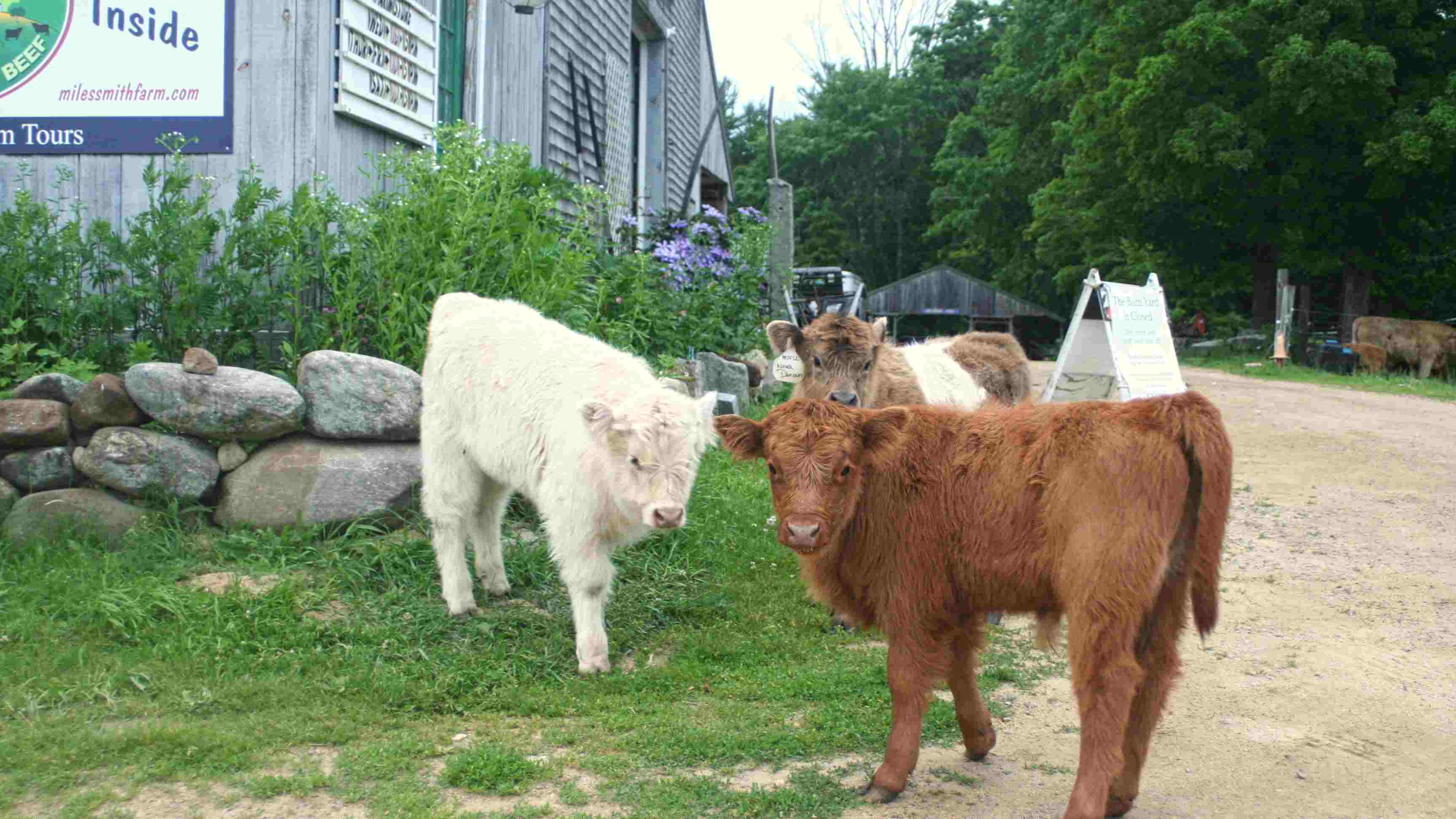 How to Converse With a Cow 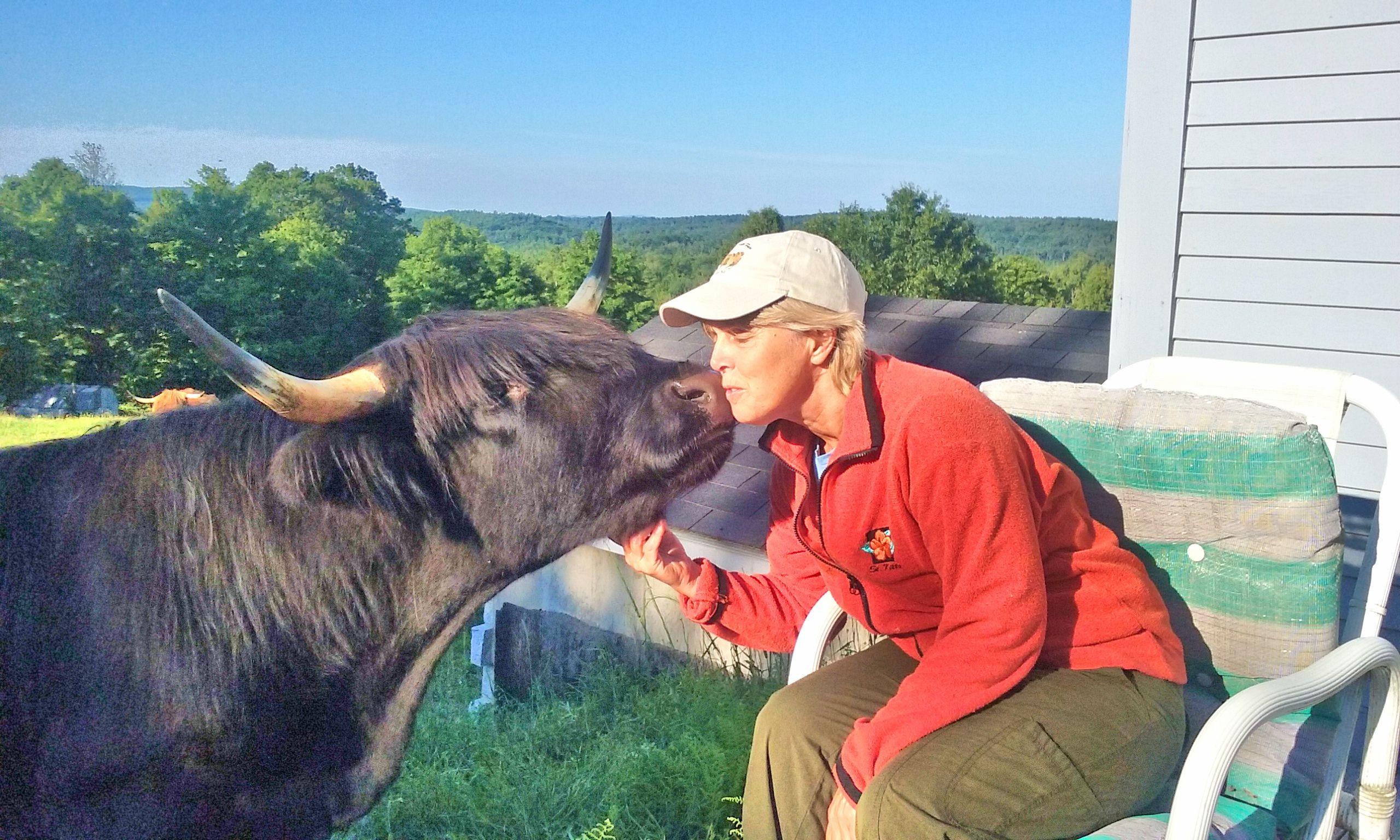